Homepages
Your trusted place for Sierra Leone and global news
Trending News
HomePoliticsSLPP Party Transition Report is an Infringement of Section 27 of the Sierra Leone 1991 Constitution!

SLPP Party Transition Report is an Infringement of Section 27 of the Sierra Leone 1991 Constitution! 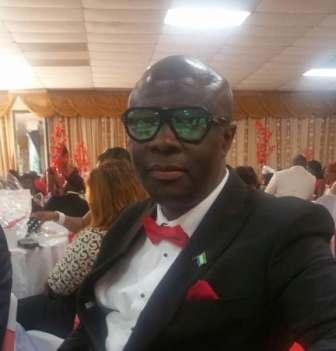 SLPP Party Transition Report is an Infringement of Section 27 of the Sierra Leone 1991 Constitution!

Section 27(1) stated that,”Subject to the provision of subsection (4),(5) and (7), no Law shall make a provision which is discriminatory either of itself or in it’s effect”. Subsection (2) “ Subject to the provisions of subsections (6),(7) and (8), no person shall be treated in a discriminatory manner by any person acting by virtue of any law or in the performance of the functions of any public office or any public authority”.  (Photo: Alhaji Thonkla Bangura)

There are those who are preparing to divide us, the spin masters and negative social media thugs or peddlers who embrace the politics of anything goes. It is conspicuous that, the transition report which has been intoxicated with schoolboy errors is a product of selective justice and double jeopardy designed to intimidate an industrious political party APC which is the first democratic political party that won two consecutive a free and fair elections with no assistance from James Jonah neither Nfa Alie since the inception of democracy in Sierra Leone.

The transition report deserves a tongue lashing, because there has been malice aforethought against our party APC and those who seek equity must do equity or must come with clean hands.

We have had terrible episodes since SLPP took the reigns of government, 700 carats diamond certainly and magically turned stone, the Supremacy of Parliament was deliberately vandalized, Senior Judges molested and procedural impropriety was used to hire the gaffer of the Anti- Corruption Commission inter alia .

It’s easier to start a fight than to end it, easier to blame others than to look inward. It’s easier to see what is different about someone than to find the things we share in common. But we as a country should choose the right path, not just the easy path. There is one rule that lies at the heart of every religion which stated that “ we do unto others as would have them to do unto us”. This truth transcends nations and people’s, a belief that isn’t new, that isn’t Muslim neither Christian nor Jew. It’s a belief that pulsed in the cradle of entrenched civilization and that still beats deep in the hearts of billions around the world.

Our country had sought helped and cried for a very long during the reprehensible civil war, yarning for sustainable peace and tranquility. The people of Sierra Leone reject trauma and frowns upon any political party that preaches trial hate and sheer injustice! Sierra Leoneans reaches out to people cut across boundaries and it is unquestionable that our country is the most tolerant country in Africa,  I stand not to be corrected!

Thus, these values and faith in my People and my political party All People’s Congress have persuaded me to defend the values of national cohesion, political tolerance exhibited by APC for the last decade which is currently being on trial or threatened by inherent political intimidation, kangaroo court, victimization and sheer atmosphere of political intolerance.

Sierra Leone today is at its crossroads either we choose to move forward as people to address the pernicious effect of global recession causing economic meltdown across the world or they choose to set out policies that will break us apart and reverse the gains we have made after our vicious decade civil war. The Transition report has been bias, unfair and discriminatory against certain sections of the political spectrum especially APC and therefore deemed unconstitutional and must be quashed!

The President of the Republic of Sierra Leone, Rt Brigadier Julius  Maada Bio if I could remind him took an Oath in Office and vowed to defend and serve our country faithfully , fairly and with no prejudice as a Commander in Chief and Fountain of Honour and I hope that  he always work for her unity, peace, freedom and prosperity; And put her interest above all else!

In concluding, any investigation based on malice aforethought will definitely leads to miscarriage of justice that will create a platform of vicious circle, political uncertainty and a broken country. Leadership is about having the capacity to lead and bring people from generic political parties, communities and religion together based on national interest!!

Democracy is about the government of the people by the entire country and for the people. High we exalt thee, realm of the free, Great is the love we have for thee; firmly united ever we stand, singing thy praise, O native land  Sierra Leone.