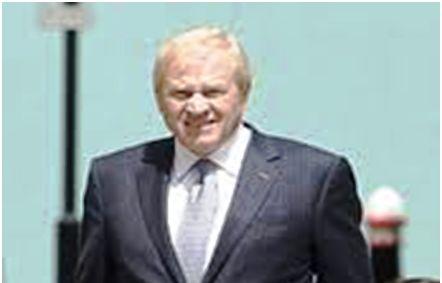 Robert McKendrick, a British national, who used Sierra Leone’s vulnerability to amass nearly seventeen million pounds / twenty million dollars from various donor organization across Europe on behalf of the country  but  ended up with his gang of criminals in diverting the said money to their selfish use, is currently in  police custody.

According to allegations, Robert and his gang, who posed as investors, are believed to have diverted millions of pounds of donor funds meant for some rice farming investment in Bo, the ruling government’s strong hold. It is understood that hundreds of Sierra Leoneans especially women and aged from that part of the country provided their pieces of land amounting to three thousand acres to Robert and his group for a proposed 50 years lease investment that would have benefitted indigenes of the said project area. It is further understood through our investigations that, this group of fraudsters, who parade themselves as investors, after getting the poor Sierra Leoneans into giving their lands, promised to pay their lease compensation in the course of the project which has now turned out to be a nightmare.

Cultivating less than a quarter of the land as a camouflage, our investigations furthered, Robert and his group left the country to attract funding for the said project during which they acquired  nearly seventeen million pounds from various donor agencies on behalf of the country.

This money, according to our investigations, was diverted from the purpose for which it was given. It has now been revealed that Robert took some of that money buy a ship named MV Defence he now moored in Pepel. This ship, our investigations furthered, was impounded by the Liberian government but stole it from it impoundment in an effort to boost his flagging financial position as thousands of land owners in Bo believed Robert and his team of Europeans will bring them 50 years of financial security and signed their land to the fraud scheme.

Robert, who was convicted together with his team by the FCA for donor fraud has also run out of luck here in Sierra Leone as he schemes have now got the attention of the Principal Investigator at State House, Bernard Tarawally, who researches and investigates grave economic and other crimes against Sierra Leone.

As he is now being held in police custody, citizens are calling on the SLPP government and the Sierra Leone Police to take stringent action against this fraudster in order to recoup the said money which was meant for Sierra Leone and also to send a clear signal to foreign investor- fraudsters that our country is no longer a soft touch for these wicked and evil predators