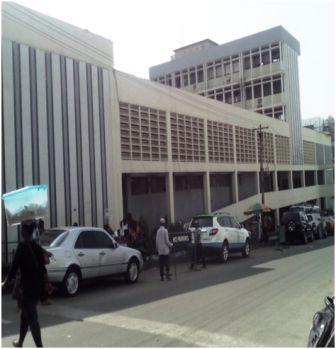 The truth is that, the Sierra Leone Postal Services (SALPOST) has been in appalling condition for many years but the coming of Mr. Samuel J. Koroma as a Consultant Managing Director (MD) has absolutely changed the narratives.

When he took over management in 2012, SALPOST was a dilapidated and defunct institution with no internet system, low wages among staff, poor working environment, no good toilet facility, workers who have exceeded retirement age refused to go.

Koroma, a man who had worked with the Universal Postal Services (UPS) to a managerial level in the United State of America returned home to use his international expertise and connection to positively transform the sector but he became a threat among junior staff for his new initiative to retire and pay redundancy benefits among old folks who told this medium that indeed they have exceeded the age of sixty but why are they refusing to bow out so that they could give way for young people to be gainfully employed?.

Many outsiders who knew how SALPOST was in the past, admired Koroma because he was able to renovate the whole building, lobbying for Buses which are not only essential for the fast transfer of mails nationwide but also performing the purpose of transportation to bring more income into the sector.

Although most workers are under-qualified but Koroma tried his level best to maintain them and rose up their salaries so that they would not put out of jobs as citizens living in a state where the rate of employment is very high.

As an astute manager, Koroma has created a wide ranged internet facility which is now encouraging workers to do all their online activities within the office, improves working environment especially the renovation of rest rooms which were producing pungent smell.

Above all, Koroma was paid in dollars at UPS but hired as a Consultant by the Government of Sierra Leone through the approval of the American Embassy to help transform the institution which he succeeded to achieve.

On the allegation of Koroma receiving Le7B, investigation has unearthed that he never received such amount but received Le5B in successive years to run the institution. Why witch hunting a man who had added value in to an institution that was considered lifeless?.  Let us be candid, it is only the truth shall set us free as people.