Secretary to the President Sacked but more needs tobe done! 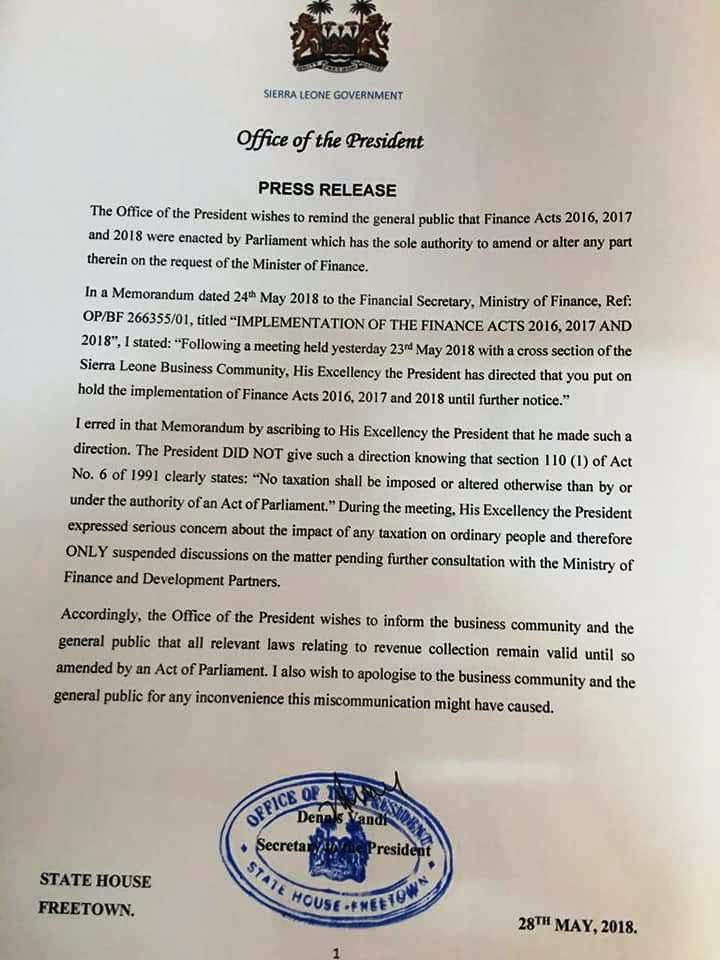 Secretary to the President Sacked but more needs tobe done!

Mr. Dennis Vandi, Secretary to the President who issued a memorandum on the implementation of the Finance Acts 2016, 2017 and 2018 purporting it was a directive from the President, has been relieved of his post.

Mr. Vandi has been replaced by Dr. Julius Fofanah Sandi.

This is the type of discipline needed in the country to lay the foundation for honesty, discipline and responsible behaviour.

However, while the president is doing well in many spheres to get back the country on track, he’s yet to address the gross human rights violations that are being perpetrated against APC supporters.

Scores of APC supporters have been brutally, viciously and wantonly murdered in cold blood by persons purported to be SLPP supporters.

The brutal murder of APC supporters and police personnel in Kenema should be investigated and culprits punished.

Supporting any political party is not a crime. APC supporters had previously attacked, on numberless occasions, SLPP and ADP supporters across the country during the hey days of the APC, but moving from one wrong path to another has no wisdom and lays the foundation for the demise of our fragile nation.

I’m in possession of the photos of scores of murdered police officers and APC supporters in Kenema.