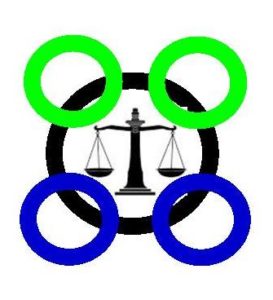 The Human Rights Defenders Network Sierra Leone (HRDN-SL) has called on the new Government of President Julius Maada Bio to suspend the implementation of the new NGO policy for further consultations with Civil Society Organization with a view to addressing the issues raised.

This was brought to the attention of the public at a press conference held at the Peace Museum, former Special Court Building in Freetown on Tuesday 15th May 2018.

Reading the press statement, the Executive Secretary, HRDN-SL, Alphonso BM Gbanie said they are dismayed that in December 2017 prior to the March 2018, the new NGO policy was surreptitiously adapted by the Government of Sierra Leone containing the same obnoxious provisions that would impose severe restrictions on the right to freedom of association and expression which are guaranteed in the 1991 Constitution of Sierra Leone and under international law.

He said HRDN-SL would like to point out that the rights to freedom of association and expression are critical means for individuals and groups of individuals to contribute meaningfully to a democratic society adding that Treaty obligations undertaken by the GoSL clearly require full respect for its people freedom of association and consequently free operation of civil society organizations in the country.

The Executive Secretary further lamented that the Network acknowledges the joint position statement of the UN Special Rapporteur on the promotion and protection of the rights to freedom of opinion and expression.

According to Mr. Alphonso BM Gbanie, the avowed aim of the new NGO Policy is to provide clarity to NGO’s on coordination with Government, registration procedures and other issues.

However, he further discussed that the new policy has some commendable which include the ensuring maximum benefits to the people of Sierra Leone, national capacity building and accountability. However, Mr. Gbanie said a number of sections are inimical to the operations of civil society organizations and are inconsistent with international laws, norms and best practices.

He discussed that it must be stated that the UN Special Rapporteur on freedom of assembly and association has raised a number of the above concerns with the Government on this policy to which the GoSL is yet to respond.

Mr. Alphonso BM Gbanie concluded by asserting that the HRDN-SL subscribes to the view that the promotion of civil society is fundamental to ensure stability and economic growth and states should take all measures to promote civil society, including through legislation that complies with international human rights law.

The Chairperson for HRDN-SL, Solomon Sogbandi emphasized on the manner in which Parliament hastily the new NGO policy and highlighted that a coalition which is headed by Emmanuel Saffa Abdulai Esq. is working currently towards the new NGO policy to be reviewed and assured that they as civil society organizations are not avert to transparency and accountability in terms of operations.