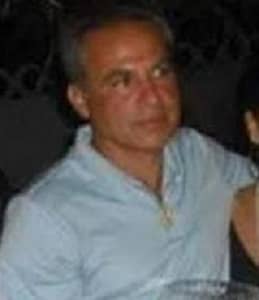 The deliberate and wicked act of meddling into Sierra Leone’s politics and corrupting our political leaders by some ill-motivated Lebanese nationals has now become crystal clear to Sierra Express Media.

Credible information gathered by this press reveals that Jamal Shalop is one of the Lebanese nationals who is allegedly using his ill-gotten money to meddle into our country’s politics in order to misguide our leaders into corrupt practices and rip the country of its resources. Our findings reveal that the Shalop family has been allegedly mingling into Sierra Leone politics way back during the Siaka Stevens era and succeeded in misguiding the late Siaka Stevens and JS Momoh, misguided Strasser and his NPRC regime and former president, Dr. Ernest Bai Koroma into corrupt practices all in a bid to rip the country for their selfish gains. Jamal has allegedly succeeded in moving from one regime to another during which he had used and dumped those regimes for his selfish gains.

Jamal Shalop, our investigation further reveals, is the alleged owner of quite a number of medical companies in the country through which all government medical or health contracts revolve. He allegedly bribed all the past governments to exclusively award every medical or health contract to one of his medical companies; a result that has seen him ripped billions of dollars from our tax payer’s money.

It has also been revealed through our investigations that the largely faulty Dialysis Machine which he (Jamal Shalop) caused the government of Ernest Bai Koroma to pay three million dollars ($3M) for it purchase actually costs in the region of two hundred and fifty thousand dollars ($ 250,000) downwards while a whopping two million seven hundred and fifty thousand dollars ($ 2.75m) went to his personal account. And as I write, the said machine is currently faulty and not in working order while $3M has been dubiously wasted on it purchase.

Our investigation also revealed that Jamal Shalop allegedly connived with the former Minister of Lands, Hon. Musa Tarawally and other top government officials in the illegal acquisition of several acres of state land including 10 acres of land at Clay Factory and 12 acres at Dockyard where one of the country’s Petrol Refineries is situated; a land believed to have belong to one Mr. Bassim Muhammad.

The alleged conspiracy between Shalop and some of his business partners involving  top past government officials including former president, Dr. Ernest Bai Koroma, Musa Tarawally to name but a few has seen the country been ripped of billions of dollars by Jamal Shalop.

What is more disheartening to many Sierra Leoneans is the fact that despite the huge wealth  dubiously acquired by this man in the country, he has never participated in any form of development for the country as seen done by Mercury International, Africell and others in terms of corporate social responsibility .

To make matters worse, he is now being seen around the newly elected president of Sierra Leone, His Excellency Retired Brigadier Julius Maada Bio, moving up and down all in a bid to carry out his usual gimmicks; a move which many Sierra Leoneans have started raising serious concerns over as a result of the fact that he might just thwart the good intention of the president.

Responding to the above allegations in the presence of one Mr Jaiah Kakai, who claimed to be Jamal’s lawyer,  Mr. Jamal Shalop denied most of the allegations as been totally malicious and untrue. He agreed however on the allegations of acquiring a 12 acre land at Kissy Dockyard but says that he got it legally and he is ready to provide all the necessary documents relating to the said land. He also agreed on the allegation of financially supporting some politicians during the campaigns and maintained that nothing was wrong with such act.

This medium is also in possession of some very important documents revealing the dubious businesses done by another foreign business national, Hisham Mackie and a full publication of that will be published in our next edition.