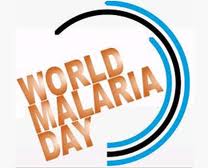 Sierra Leone has joined other countries in the world over to commemorate World Malaria Day on the theme: “Ready to beat Malaria” on Wednesday April 25, 2018 at the Miatta Conference Hall, Brookfields in Freetown.

He reiterated that this special day is being commemorated in the entire world, because malaria continues to be endemic in 91 countries and territories around the globe.

Dr. Brima Kargbo informed his audience that malaria continues to threaten more than half of the world population and presents an alarming threat to global development. He disclosed that as of 2016, an estimated 3.2 billion people almost half of the world’s population in 91 countries and territories are at risk of being infected with malaria. This preventable and treatable disease, he said continues to kill one child every minute for lack of a simple, cost-effective tools like an insecticide-treated bed net or a simple course of effective treatment.

He stated that children under five are particularly susceptible to malaria, adding that the disease claims the life of a child every two minutes. He said in Sierra Leone, malaria remains one of the prime cause of death among children and the biggest cause for medical consultations and hospital admissions.

Dr. Kargbo reminded all that over the past couple of years, Sierra Leone has achieved a remarkable success in malaria control initiatives, with prevalence rate dropping from 68 percent in 1978 to 40 percent in 2016 according to the Sierra Leone Malaria Indicator Survey conducted in 2016.

The Chief Medical Officer stated that as a responsible Ministry, they are committed to the control of malaria in Sierra Leone and working devotedly and “Ready to beat Malaria” under the Sustainable Development Goals.

He said Sierra Leone over the past several years has made progress in defining the effort required to control the impact of malaria among its citizens but malaria still remains one of the biggest public health challenges in the country.

She said the theme stresses the need to accelerate efforts to defeat malaria, stating that countries have committed to ending the malaria epidemic by 2030 as one of the Sustainable Development Goals.

Dr. Ganda told the gathering that countries in the African Region also recorded the biggest rise of malaria testing in the public sector from 36 percent of suspected cases in 2010 to 87 percent in 2016. She added that World Malaria Day is an occasion to renew political commitment and to continue investing for malaria prevention and control, and called on countries affected by malaria to work with development partners to boost investments in malaria prevention and control, especially for new tools to combat malaria.

She reiterated UN’s support to advocate for malaria to be high on the global agenda, press for the warranted international funds and support the Health Ministry to implement effective, evidence based programmes for malaria prevention and control.

The Country Coordinating Mechanism (CCM) Chairman, Rev. Alimamy Papso Kargbo said the role of CCM is to raise funds and oversee the use of these funds to fight malaria, TB and HIV, and to improve on the Health Systems in Sierra Leone.

Rev. Kargbo thanked the Ministry of Health and Sanitation, Catholic Relief Services, WHO, other partners and community people for their dedication in the fight against malaria in Sierra Leone and beyond.

He said the theme underscores the collective energy and commitment of the global malaria community in uniting around the common goal of a world free of malaria.

The Chairperson and Deputy Chief Medical Officer 1, Dr. Sarian Kamara said government recognizes the fact that malaria is a leading public health problem with the entire population at risk of being affected by the disease.