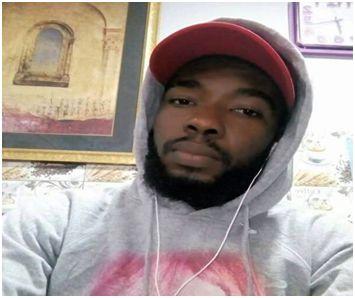 “Block N Delete” video music is one of the first songs Drizzy Murder penned for the album, which he began working on early this year.

Produced by Paul Palkins, the album comprises twelve songs, “Block N Delete” will be out on Friday 20th April 2018. “Watch out for my album, it’s going to be hot” he announced.

‘Block N Delete’ is amongst twelve songs album that will be released at the end of the year. “Block N Delete has a very a very good message to all. It preaches nonviolence and friendliness. It sends out a clear message to those who were not there for you at a time you were in bondage. Those people should be blocked and deleted when once they want to come your way when prosperity comes your way,” Drizzy explained, adding that the 4.55minutes true life story video song also preaches perseverance and also admonish people to be themselves rather than imitating bad attitude ion society. “Do not imitate others for wrong purposes. Loyalty and honesty have brought me thus far. I went through difficult times in life and I now celebrate successes due to my handwork, commitment, and loyalty,” he said.

Drizzy Murder is an admirer of top African and American Musicians like Fela Kuti, Wizkid, Davido, Nas, Jay-Z etc. all of whom he described as having a great passion for music.

“I have a passion for music and it is part of my family. My father is an instrumentalist in Guinea,” he revealed. Drizzy Murder is happy to have gotten much support in his solo album. He has enjoyed his musical career under the Golden Music Label, Platinum Boys, and he had been featured in prominent songs like ‘go down low’ by Bless of KME, ‘I try album’ with the song titled ‘banana’, which he did with Bless.