President Bio’s Life Is An Open Book For Academic Research 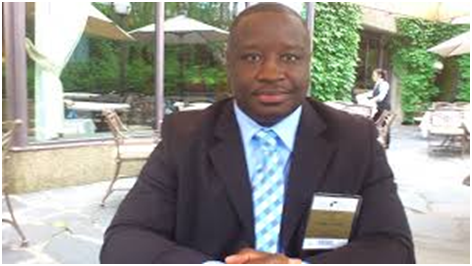 President Bio’s Life Is An Open Book For Academic Research

Since independence, President Bio is the 7th President of Sierra Leone and 3rd President since the ushering in of multiparty democracy in the early 1990s.

He attended the Roman Catholic Primary School in Tihun, Bonthe District and got admission at the prestigious Bo Government Secondary School in Bo. President Bio graduated from Bo School in 1984 with an Advanced Level certificate which he used to enlist him in the military.

Under the command of Major Fallah Sewa, he excellently passed out as a cadet officer (Second Lieutenant) in October 1987 at age 23.

After years of gracious service to the nation, on April 29, 1992, President Bio was one of the selfless but determined young cadet officers that toppled President Joseph Saidu Momoh’s APC led government. His intervention was to put a stop to APC’s misrule characterized by deep seated corruption, youth unemployment, human rights violation, economic decadence, tribalism and regional divide. The world celebrated him for serving as a sacrificial lamb to redeem his people from over twenty years bondage. This was the birth of the National Provisional Ruling Council (NPRC) headed by Captain Valentine Strasser.

In President Bio’s quest to lay his life for a better Sierra Leone, on 16th January 1996, he ousted President Valentine Strasser who refused to hand over power as promised by the NPRC. According to President Bio, he was ready to betray anyone who tends to betray the people of Sierra Leone.

“I will betray anyone who decides to betray the country,” President Bio told Sierra Leoneans in an interview.

In continuity of his unwaivered cause, President Bio willingly handed over political power in 1996 to President Ahmad Tejan Kabbah of blessed memory.

A year later, President Bio moved to the United States of America to further his studies. He earned a Master’s Degree in International Affairs.

As a registered member of the Sierra Leone People’s Party (SLPP) in 2005, President Bio contested to become the party’s Presidential Candidate at the national delegates’ conference in Makeni. He came third, with 33 votes.

Moving forward as a seasoned politician, President Bio was elected the Presidential Candidate at a fiercely contested conference held on 31st July 2011 at the Miatta conference hall, Freetown.

President Bio was elected President after an overwhelming victory in a highly contested Presidential run-off election held on 31st March 2018. He polled 1,319,406 amounting to 51.81 percent of the votes against his competitor-Dr. Samura Mathew Wilson Kamara who polled 1,227,171 amounting to 48.19 percent.

The unanswered question is, with all the proclaimed 99 maneuvering tactics previously used by the APC, how come President Bio defeated them with majority votes?

Senior Lecturer at the Political Science Department- Fourah Bay College University of Sierra Leone has described President Bio as a “focus oriented leader.” Dr. Habib Sesay said President Bio is a stubborn team leader who proved his detractors wrong.  He added that, great leaders are those who are strong and decisive but also humble.

Executive Director-Center for Accountability and Rule of Law (CARL) Ibrahim Tommy, said, “We hold you to lead from the front. The people have spoken and voted for change and so change must win out.”

Francis Ben Kaifala Esq. is the Managing Partner in the Law Firm Kaifala, Kanneh & Co., “I proudly supported regime change and His Excellency President Julius Maada Bio. I trust his judgment in choosing his team to deliver the change we all wish for.”

President Bio has destroyed a generation curse that APC will continue to rule until the end of human existence. In 1992, he joined his colleagues to say no the despotic and corrupt APC led Government. At a very history moment, he has repeated this history which has now provoked series of research by historians, poets and academicians.

Sierra Leonean author, Senior Lecturer in Media and Politics at the Northumbria University, Newcastle in the United Kingdom-Dr. Ibrahim Seaga Shaw said President Bio is an action-oriented President who is constantly in motion to deliver on a clean slate.

The Publisher of Independent Observer Newspaper-Jonathan Leigh said, “President Bio is the most vilified and pilloried politician in contemporary Serra Leone, yet he has done the unthinkable.”

Many people spoken to said the distinction between President Bio and his predecessor is integrity and trust.

The truth is, President Julius Maada Bio came, he saw and he conquered.

This is The Pen of the Voiceless Sierra Leoneans.