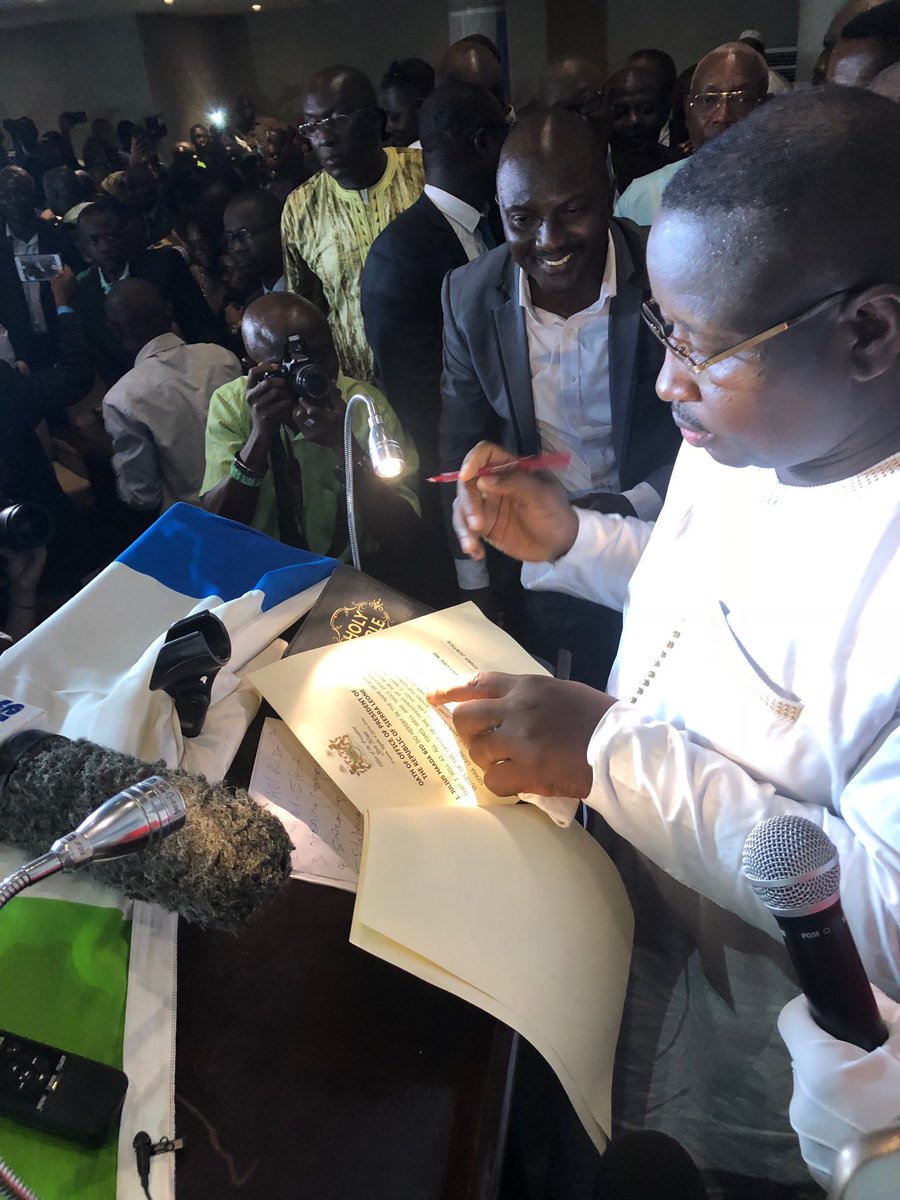 A 7 million peopled-country which endured a brutal civil war in the 1990s, whose economy was bastardized by an Ebola epidemic and the global commodity prices slump in 2014-2015, whose adults (a good proportion) live on pushing loads in wheelbarrows, whose lecturers survive on ‘see me for your marks’, have decided it’s you, Maada Bio, to be on the driving seat for the next 5 years. Where will you take us?

Congratulations on your election and wishing you great stewardship. On the menu for you, Mr. Bio, are the below:

The second round of the elections leading to your victory was tainted with exchanges of accusations of tribalism from both parties. You now have the task of ensuring those charges of attempts at “ethnic cleansing” are suffocated to death. Present yourself as a national character and let you and your administration push through an agenda of unity as you promised when you presented the SLPP manifesto in Port Loko early February 2018. In your words, you will ensure “inclusive politics, inclusive economic growth, inclusive development and inclusive governance.”

You are voted to deliver on the promises enshrined in your manifesto. Key among the promises you made are free education, transforming Sierra Leone into a Middle-income country and making SLE attain the ability “to pay for and finance all our basic and essential services.” You made several promises but these 3 are very paramount.

In simple terms you will be measured against how much improvement will be attained in the quality of education beyond massive school enrollment.

In 2016, Sierra Leone was estimated as having a gross national income per capital of $490, attaining lower Middle-Income status of GNI per capita of $1000 will be great. With that, it is expected that the general living standards will improve. When that happens, it is expected that the people will get improved access to potable water, affordable and quality health services and lower infant mortality rate among other improvements.

Your stewardship will be measured against the number of development projects that are sponsored fully by the country. The numbers of debt relief or concessional loan projects in Sierra Leone are a source of national disgrace. You promised to end them with the pledge that you will ensure the county is able to pay for its development projects. And you will be judged accordingly.

The above and many more you promised will be attained in 5 years. It is not a favour you will be rendering. It is your duty predicated on the mandate you have been given. You have at your disposal the human and natural resources to make things happen. Sierra Leoneans are among the most resilient in the world. The country is endowed with natural resources that you have promised to manage well so that we stop talking about potentially rich but become in reality a rich country.  Make the best of what the county can offer and offer your serve for the betterment of the country.