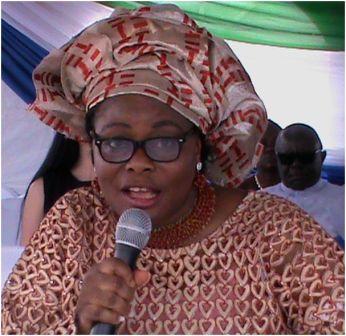 During the conference, Matron Hossinatu Koroma made a presentation on Nurse led emergency triage, assessment and treatment for children in Sierra Leone. She said the aim of the study was to train nursing staff, rather than medical staff to deliver high quality triage, assessment and emergency treatment to sick children presented to the referral hospital, and to assess the impact of the task-shift and change in process.

She informed her audience that in 2017, the Ministry of Health and Sanitation implemented a national programme to introduce guidelines for emergency Pediatric care in government referral hospitals, adding that the programme incorporated a process of quality improvement and process change, and was based on a 3-month process of teaching and training.

The Chief Nursing and Midwifery Officer stated that all staff working with children were invited to attend the training including Doctors, Community Health Officers, Nurses and Nursing Aide, and all who passed a written and practical assessment at the end of the course were permitted to undertake the initial assessment of sick children and prescribe the first dose of emergency medication.

She told the gathering that data were continuously collected on the emergency management and the outcome of every pediatric patient and reviewed from the first three months of the programme in the regional referral hospitals of Sierra Leone. She added that in each hospital triage, emergency assessment and treatment of sick children was being undertaken by nursing team, adding that the pediatric (Post-neonatal) mortality rate across the three hospitals was 15 percent in month 1, 12 percent in month 2, and 11 percent in month 3.

Matron Hossinatu Koroma reiterated that in month 1, accuracy of antibiotic prescribing was 30 percent, in month 2, 70 percent, and in month 3, 83 percent, stating that the number of inappropriate blood transfusions prescribed went from 48 percent to 10 percent to 8 percent.

In a similar development, the Chief Nursing and Midwifery Officer, Matron Hossinatu Koroma on behalf of Mrs. Finda Elizabeth Pessima made a presentation on the topic “Scale up Option B+ for PMTCT: The Sierra Leone experience.

In another engagement, the CNMO also attended a conference in Glasglow, Scotland as a speaker at the Royal College of and Child Health on ETAT+.

It is believed that with the successes of this initiative, nurses will be well equipped to reduce mortalities and morbidities of children, provide an entry point for adult care, continuity of care for children and reproductive health.

The programme has also attracted support from other partners and donors.