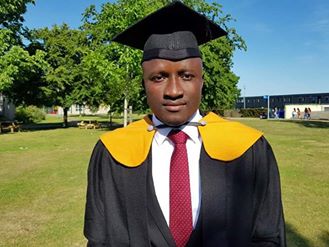 With over fifteen years’ experience at the Bar, “don’t mention my name but I honestly appreciate his personality as a young lawyer who is always with friends no matter their political affiliations. If it were in Nigeria, he will always be fenced by the State Security.”

Asked why the envy, he said “Lawyer I.I.Mansaray epitomized political tolerance in Sierra Leone and kindly ask his friends who are members of the main opposition party.”

The head of Fornah-Sesay, Cummings, Showers & Co. Chambers described Lawyer Mansaray as “hardworking and forthright person that the Chambers depend on.” Lawyer James Momodu Fornah-Sesay said as a Chambers, “they were not surprised that Lawyer Mansaray secured an admission at the University of Kent to pursue a Master of Laws in International Commercial Law.” He added that, “he has a prospect to succeed if he does not change.”

According to the head of Fornah-Sesay, Cummings, Showers & Co. Chambers, Magistrates and other Judges have admonished him to encourage Lawyer Mansaray as his performances in Magistrates and High Courts have been excellently brilliant. He therefore affirmed that they would stake their necks for him.

Hailed from Ronuri Village, Yoni Chiefdom in Tonkolili District, Lawyer Mansaray attended the Albert Academy Senior Secondary School in Freetown and later gained admission at Fourah Bay College-University of Sierra Leone where he graduated in 2009 with a Bachelor of Arts Degree. In fulfillment of his childhood passion to become a razor sharp litigator, he again gained admission to read laws where he graduated with a Bachelor of Laws (Second Class Upper) from the same University.

As the former Vice President of All-Africa Students’ Union, Mansary helped in resolving lecturers strike at Njala which brought exams to a halt in 2013. He said as NUSS President, they partnered with the National Elections Watch to observe the 2012 elections and engaged in a non-violent campaign.

He is happily married to President Ernest Bai Koroma’s daughter.