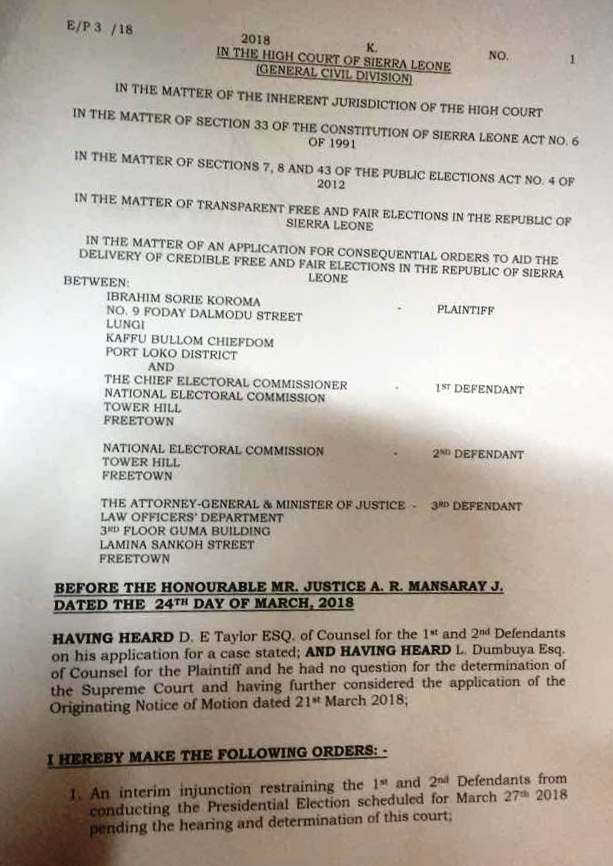 A ruling by Justice Abdul Rahman Mansaray has thrown Sierra Leone’s runoff presidential election in doubt after slamming an interim injunction stopping the electoral commission from going ahead with it until he has determined the matter before him.

It concerns a case brought early in the week by a ruling party member, Ibrahim Sorie Koroma who says he is acting in his personal capacity, seeking an audit of the conduct of the first round alleging widespread irregularities.

NEC objected to the case saying it’s a constitutional matter and must be heard by the Supreme Court.

The high court has now ruled that NEC can make its case on Monday so it can determine whether to refer it to the highest court.

What today’s ruling means is that NEC cannot move election materials across the country this weekend as it had planned to do. So even if it is given the go-ahead on Monday to proceed with the election as scheduled, it is unlikely it can logistically hold the election on the following day. Between our police and the preside...

NEC says it's going ahead