Between our police and the presidential run-off 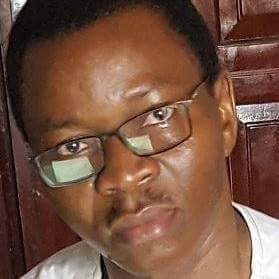 Between our police and the presidential run-off

With many called but Samura Mathew Wilson Kamara of the ruling All People’s Congress party (APC), and Rtd. Brig. Julius Maada Bio of the main opposition Sierra Leone People’s Party (SLPP) chosen to once again face the people for another round of evaluation, clearly adrenalin levels and heart beats have increased. Endless demographic calculations are underway amid the wooing of kingmakers and intrigues. Imaginations are running wild with people already identified for various cabinet and other positions as the clock continues to tick. This is a testing time for both the SLPP and APC. The big question? Will the sun continue to shine or will it set behind the palm tree? Who will be the next president of Sierra Leone? Bio or Kamara? The world is watching.

Naturally, with every votes counting in this race, the other political parties, not least supporters of the third and fourth positions, would play a significant role in deciding on who becomes the next president.

Returning to the country after a ruling rendered by the Court of Justice of the Economic Community of West African States (ECOWAS) in his favour following his dismissal as vice president of the country, APC heavyweights not surprisingly went over to lobby for the support of the presidential candidate of Coalition for Change (C4C), Alhaji Chief Samuel Sam Sumana, and that even though he was removed from office and they were chasing him with the proverbial machete, they were doing so in good faith and meant him no harm.

I would equally imagine that APC big guns must have also gone over to Dr. Kandeh Kolleh Yumkella of the National Grand Coalition to get his support for the run-off and that even though he was dragged to court over nationality issue and they wanted him out of the presidential race, it was only a joke.

Perhaps, like many Sierra Leoneans, two things have caught my attention as the country awaits the next president. Amidst doubts and challenges, the National Electoral Commission (NEC) has so far proved that the commission can conduct relatively free and fair elections. However, while NEC has impressively endeavoured to do the nation proud, our national police will not hear of it.

In a reckless fashion that makes all well-meaning Sierra Leoneans bury their heads in shame, even before the polls could barely close on 7 March, members of the police force very unintelligently went to a premises where Bio was reportedly relaxing with bogus allegations that they had received information of the opposition hacking into the NEC ballot counting system. After NEC clarified the issue, suggesting that the allegation was absolutely ridiculous and that their system cannot be hacked, the police very shamelessly turned their so-called search for evidence of rigging by intimidatingly going into NEC offices. Clearly, these blatant unprofessional conduct by our police undermines peace, is very worrying and is a recipe for chaos.

After 10 years of APC rule, the presidential election offers the opportunity for the people to decide who should be their next president.

It is very disturbing though that after huge donor investment, our police force still has all the hallmark of thugs who serve at the beck and call of so-called “orders from above”.

Like many compatriots, I have had countless experiences with police officers who display unprofessionalism with glaring arrogance. One unforgettable experience was during the Ebola outbreak as our people were sadly dying like flies. Writing an article for a United Nations publications in New York, I had travelled by road from Liberia to Sierra Leone. At a checkpoint near Kenema, passengers were required to alight for medical screening. I was delighted to see such a measure in place but my delight was short-lived.  I observed at the checkpoint that the police were in fact collecting “shake hand” and allowing some vehicles to go through the checkpoint without the screening of passengers on board. When I pointed out my observation, a police officer offensively remarked: “Wu da na u? Go sidon”. (literally, who are you? Go and sit down). The point is, even in the face of a tragedy, some of our half-baked police officers saw an opportunity to throw professionalism to the dogs. Pathetic. Following my visit to the country, I shared my experience in an article sadly stating that the outbreak was going to claim more lives. It did. You see, there was no sense of collective responsibility during the Ebola outbreak from our kleptomaniac leaders to their corrupt allies in the police force.  The result? Deaths.

The police must be reminded that during the civil war and even during the Ebola outbreak, everybody was a victim, including the police.  I covered the war and saw dead police officers.  Why did the war break out in the first place? Police harassment and intimidation obviously contributed in addition to unbridled corruption at the highest level.

Over the past years, reports abound about police involvement in perpetrating crime. This insanity seem to have now escalated to intimidation and harassment of NEC. This madness must stop!

Integrity is a word every police officer must know. Police officers should know that they discount the respect any politician may have for them the moment they allow themselves to be used as stooges.  If you cannot be a professional police officer, go and look for another job. Simple!

Living beyond borders, it is always hugely embarrassing when people from other nations around the world ask about troubling and usually shameful developments back home.

By the way, whosoever wins the elections has the task of being a symbol of national unity and must lead by good examples. The run-off election should mark a brand new beginning for our tragedy-prone nation.

It is my sincere hope that the police force that has increasingly become an unnecessary source of tension will allow the will of the people to prevail without the ongoing repugnant interference and intimation.

Note: Sulaiman Momodu is former editor of the Concord Times newspaper and reported for the BBC during the Sierra Leone civil war. He is currently based in Geneva, Switzerland.