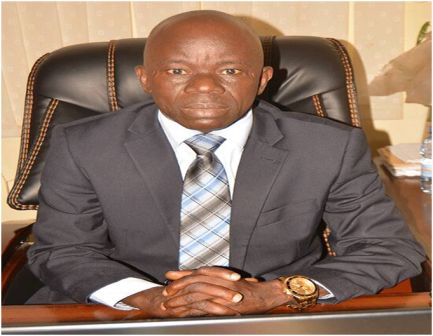 In order to ensure an APC First Ballot victory in the soon-to-come March 7th election, the newly regularized Deputy Director General of the National Telecommunications Commission (NATCOM), Lawyer Musa Nur Kamara, is keeping the APC trail for a first round victory in the coming election, going with his numerous engagements with youths, women, stakeholders and ordinary voters especially the first timers and undecided voters in both the western area urban and Karene districts.

He has been in a door to door engagement with disgruntled party supporters, undecided voters and first time voters with the same messages of the APC party in the aforementioned districts.

Having made significant success in his numerous engagements, the NATCOM Man is now engaged in massive door to door voter education in the said districts and beyond in order to ensure that the party gets the required votes and avoid void votes in the polls.

In one of my encounters with the legal man, he noted that, it is the responsibility of every well-meaning Sierra Leonean to campaign and vote for the ruling All Peoples Congress party because of the development strides the party has undertaken in the last ten years. ‘’we cannot afford to entrust the future of this country in the hands insincere, blood stained and desperate politicians who are now making all sorts of frivolous promises because they want power at all cost’’ he maintained, adding that he will tirelessly work to ensure that country continues in path of truth and light which the APC is the only party capable of providing that.

As NPD, 4 Others Join Forces David...