Homepages
Your trusted place for Sierra Leone and global news
Trending News
HomeBreaking News6,000 Persons Massacred in Cold Blood on this Day in 1999! 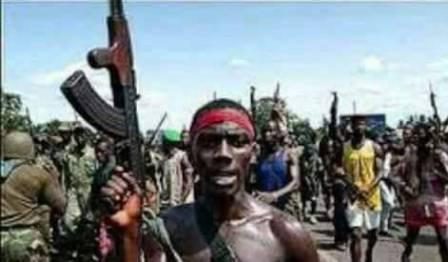 The atmosphere was cacophonous and the minds of the people were injected with anxiety and a state of panic which the ruling SLPP administration trivialised through amateur propaganda!

The January 6 invasion of Freetown didn’t come as a surprise. It was preceded by persistent rumours of an imminent attack after the overrunning of Waterloo and peripheral villages along the gateway to Freetown.

The country’s Information minister, Dr. Julius Spencer, put out a public notice dismissing rumours of an imminent attack as a “mere tyre” fire in Cline Town.

It was around 1 am when my brothers and I including our neighbours were brutally uprooted from sleep by sustained artillery gunfire synchronised by the wailing of tens of thousands of people moving with the RUF rebels on the main Bai Bureh  highway heading to the Western Area.

Every single corner and road leading to any point had been occupied by the rebels who extended their advance up to the Congo Bridge which became the buffer zone as fighting intensified there between rebels and ECOMOG troops reinforced from Nigeria.

Sierra Leone proved to be a fake state that survives only on charity aid even for its own security. Sierra Leone relied wholely and solely on Nigeria and other nations sympathetic to the country.

The rebels forced their victims to queue up for amputations. I was in such queue at Kissy, Shell Old Road where the victims cried in agony pleading with the rebels but to no avail. The hackers had blood strains all over their bodies. They had cutlasses, axes, mortars and tree trunks on which they placed their victims arms before hacking them off with full force.

There were only about a dozen victims before me in the queue and could see for myself every single action that was going on.

A hefty looking young man was asked to choose between “long sleeves and short sleeves” but declined to any of the options.

The victim suddenly grabbed one of the rebels and attempted to disarm him. Three other well armed rebels who were strategically positioned shot him dead in a shower of bullets. He was dead with blood oozing from his ears, nostrils and other parts of his body.

“If any of you show the slightest resistance, we’ll put you to sleep like this guy”, one of the bloodthirsty rebels warned.

A little girl who was about 12, was next in the queue of no return. The little girl and her parents called the name of the Almighty Allah for the rebels to save them from the intended action but all fell on deaf ear.

Before the girl’s arm could be placed on the trunk for amputation, ECOMOG fired a huge mortar that left everybody including the rebels fleeing helter skelter. I was among those that had a lucky escape.

The tragic story of Sierra Leone can be narrated in volumes without being exhausted. Before the outbreak of the civil war, Sierra Leone existed only on paper. President Momoh merely administered a phantom state that was on the brink of collapse when the rebel war broke out as the last straw that broke the camel’s back.

The country’s poorly equipped army had been polarised by years of massive corruption and mismanagement that left it as fragile as an empty eggshell which rebel elements kept dislodging with considerable ease.

On record, Sierra Leone had all types of arms and ammunition including military hardwares but in reality, all the defence budgets were stolen leaving the national army extremely fragile, deplorable and Ill equipped.

However, all those that brought war upon our land have been perishing one after the other.

Charles Taylor is still rotting in jail while the remnants of the rebel elements and militiamen are languishing in Rwandan prisons.

The war only made an already bad situation worse. We should never pray for war no matter what happens in the country.

We should never pray for a military coup no matter how far the country goes on the wrong path. We have seen what military coups and a civil war can bring us. We lose lives, our freedoms and liberties, our dignities, property and even the right to exist.

May the souls of the all the victims rest in perfect peace.

by The Atomic Pen
Stay with Sierra Express Media, for your trusted place in news!

Is AYV TV The New Robert Mueller I...