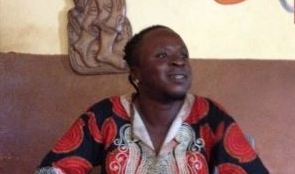 The Festival Director of the national Tangains festival, Mr. Tutie Hafner, has said that the Tangains Festival which has been in existence for over thirty years as an art, drama and entertainment provider is a non-political organization which will never involve in any political activity, adding that their festival is a non-violence show which aims to promote the culture and traditions of Sierra Leoneans, including Nigerians and Ghanaians who will be participating in this year’s festival.  (Photo: Charlie Hafner)

He said this year’s festival with the slogan: ‘’Ar lek salone,” indicates that they are democratic in all their operations.

He noted that although this year’s event has encountered a lot of difficulties with the management of the National Stadium.

He revealed that because of the ongoing row between the management of the National Stadium and Lake Production, they have terminated their partnership with Lake Production.

Mr. Hafner encouraged the public to support and participate in the festival, whilst assuring them that their security will be guaranteed throughout the festival days.