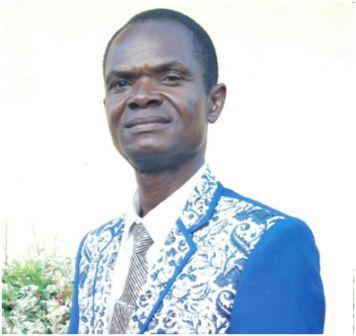 The chairman of the National Commission for Democracy (NCD),  Dr. Abu Bakarr Hassan Kargbo has officially installed the newly appointed Commissioner – East, Mr. Momoh Bockarie at a ceremony held at the Eastern Regional Office in Kenema on Monday 23rd October, 2017.

In his statement, Dr. Kargbo maintained that after the tenure of office of  the erstwhile Commissioner came to an end, he received directive from State House to recommend a replacement, adding that having gone through his profile and dedication to duty of Commissioner Bockarie, he was convinced that being a hardworking  man that he knew at the Milton Margai College of Education and Technology (MMCET) whilst pursuing for his Bachelor of Education Degree in Educational Administration and Management  and at the Njala University where he also did his Master of Public Administration (MPA), he was left with no alternative but to do what was right in the interest of both the commission and the nation.

The Chairman further underscored that, the newly appointed Commissioner – East is no stranger on his job as he has been very hard working and committed to duty, whilst he served as Programme Officer-East.

In his statement, the erstwhile Commissioner–East, Alhaji Sheku Kamara encouraged the new Commissioner to consolidate gains achieved over the years, citing NCD membership on the Provincial Security Committee (PROSEC), District Security Committee (DISEC) and maintaining a good working relationship with other state institutions and the fourth estate.

On his part, while brining felicitation from the Northern Region, Commissioner Bai John Conteh commended the erstwhile Commissioner for his wealth of experience they enjoyed during his tenure particularly in the implementation programmes. He recalled when he was appointed as Commissioner seven years ago, Alhaji Sheku Kamara would always provide guidance to their activites.

Commissioner Conteh encouraged the new Commissioner to consult where possible with his predecessor. He appealed to Commissioner Bockarrie to consolidate gains already achieved.

The newly appointed NCD commissioner in the Southern Region, Madam Marian Samu in her brief statement told audience that though she is regarded as new yet she was is not new as she had served the commission since 1998 during the tenure of Dr. Kadi Sesay as Chairman adding that she was part of the awareness raising campaigns in the promotion of democracy and good governance at that time. She expressed gratitude to His Excellency, President Dr. Ernest Bai Koroma and disclosed that she will talk more during her own installation ceremony.

Dilating from the Civil Society perspective, Mr. Augustine Sannoh, Head of Civil Society, Eastern region, informed audience about how familiar he was with the activities and programmes of NCD, noting that few weeks ago, he participated in a UNDP Sponsored Project titled: “Conflict Prevention and Mitigation during the 2018 Electoral Cycle”. Mr. Sannoh disclosed that he had worked with and understands both the outgoing and the new Commissioner and mentioned that they have always worked together to promote democracy and good governance in the Eastern Region.

Representing the traditional leaders in the Kenema District, Paramount Chief Alameen Kanneh of Koya chiefdom, called on NCD and the state apparatus to consolidate the hard-earned peace and democracy and never allowed it to be undermined by selfish politicians. He appealed to the government to provide the required resources so that state institutions could carry out their statutory mandates. He lauded the roles of the commission in educating the public with unbiased mind.

The PC of Koya Chiefdom in Kenema District was quoted as saying “Education that fails to transform is a useless virtue and an intellectual burden”.

In his address, after he was installed as Commissioner East, Mr. Momoh Bockarie began by thanking God Almighty for his grace on all that were present to grace the occasion. On a special note and through the Chairman of NCD, Commissioner Bockarie thanked H.E, President Dr. Ernest Bai Koroma for graciously appointing him as NCD Commissioner, East.

He prayed for God to grant him wisdom and strength to meet and live up to and even exceed expectations of the president and people of Sierra Leone.

He thanked Dr. Kargbo and the outgoing Commissioner for their support since he became staff of NCD.

He assured his audience of continued commitment to the mission, vision, mandate and Goals of the Commission.

Commissioner Bockarie promised working with his staff, other state institutions and stakeholders including the media in an excellent manner at all time.

He however highlighted the challenges that the Commission is facing and pleaded with the Chairman of NCD to continue addressing those challenges in order to create a friendly working environment for the staff in the Eastern Region for better output.

He concluded by pleading with all and sundry to work collaboratively with the Commission to promote peace and ensure a violent free, fair, transparent and credible elections in March, 2018.

The installation of the Commissioner East attracted representatives from NCD Headquarters represented by the Human Resources Manager, Senior Communications and Media Officers, state institutions, traditional leaders, and members of the fourth estate among others.