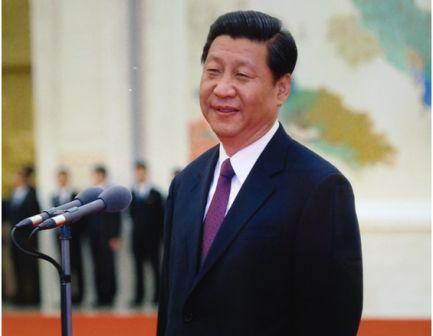 Flying the high banner of world peace, development, cooperation and win-win, has been a key focus of the People’s Republic of China, which is why the country has endeavored to make as many new friends as possible while renewing friendship with old ones, and steadily improve the structure of people-to-people diplomacy.  (Photo: Chinese President, Xi Jinping promoting peace and development through people-to-people exchanges )

Since the 18th CPC National Congress, the CPC Central Committee with President Xi Jinping as General Secretary has been leading the Chinese people to embark on the historic journey toward development oriented goals.
It can be recalled during President Xi Jinping’s address when meeting with delegates attending the 10th National Council Meeting of the Chinese People’s Association for Friendship with Foreign Countries (CPAFFC) in 2012 states, “In the new era and at the new stage, the CPAFFC should play the leading role in promoting people-to-people diplomacy, play the key role in public diplomacy, and serve as a bridge in advancing local government cooperation between China and other countries”.

This came at the backdrop of the fact that China adheres to the road of socialism with Chinese characteristics, and its overall national strength is being enhanced steadily. The country is faced with new opportunities and challenges in its diplomatic work. The CPAFFC has therefore endeavored to seize the opportunities to broaden and diversify its area of work and take creative approaches. Through its exceptional and in-depth friendly exchanges with foreign countries in all fields, the CPAFFC has made fruitful achievements in promoting people-to-people diplomacy under the guidance of the Scientific Outlook on Development.

“The CPAFFC has been promoting peace, development, cooperation and win-win, and strive to put into action the concepts of friendship, sincerity, benefit, and inclusiveness, and fully play the “three roles” as instructed by President Xi Jinping. It will endeavour to seek truth, be practical and creative, assume a broader vision, and write a new chapter in the annals of people-to-people diplomacy,” says Madam Huang Xiaowei, , CPAFFC’s Deputy Director, and added that the Association endeavours to serve the overall economic development of China, upgrade the management and service of twining international friendship cities, build a platform for exchange and cooperation between Chinese and foreign local governments, and promote their practical cooperation.

CPAFFC was established in May 1954. It is a national people’s organization in the People’s Republic of China engaged in conducting people-to-people diplomacy. It takes as its purposes to enhance people’s friendship, advances international cooperation, safeguards world peace, and promote common development. It seeks, on behalf of the Chinese People, to make friends and deepen friendship in the international community and in all countries, work for peaceful development and the great cause of reunification of China, and endeavor to build a harmonious world with lasting peace and common prosperity. To date, CPAFFC has founded associations for friendship with 46 regions and countries and has established friendly relations and cooperation with nearly 500 non-governmental organizations and institutions in 157 countries around the world.

By the end of 2014, 30 provinces, autonomous regions and municipalities (not including Taiwan and Hong Kong or Macau), and 439 cities in China have twinned with 465 provinces and 1,442 cities in 133 countries on all the five continents. A total of 2, 115 pairs of friendship city/provinces/states have established pairs of friendship.

On October 2, 1949, more than 1, 000 representatives of China’s political parties, people’s organizations, overseas Chinese and foreign friends held the Congress for Defence of World Peace in Beijing, at which the Chinese People’s Committee for World Peace (CPCWP), chaired by Guo Moruo, was established.
In the early of the People’s Republic of China, people-to-people diplomacy played a unique and historic role, due to the relatively limited room for government diplomacy. The CPACRFC endeavored to develop friendly relations with people of other countries with the focus on cultural exchanges.

Since the Cultural Revolution started in 1966, China’s contacts with other countries almost came to a standstill for some time. In the spring of 1969, the Association resumed its activities. It steadily broadened its work, played a key role in promoting China’s relations with Japan and the United States, and gradually moved to build relationship-city relations and carry out international exchanges.

The Third Plenary Session of the Eleventh Central Committee of the Communist Party of China (CPC) was convened in December 1978. With the evolution of the international situation and China’s reform and opening-up, China’s focus shifted to economic development. People-to-people diplomacy implemented China’s foreign policy and endeavored to contribute to the modernization of the country. The work of the CPAFFC also entered a new era.
The CPAFFC founded the Commission for Economic Cooperation of the China International Friendship Cities Association in February 2009 in order to make full use of its various overseas channels and connections to help Chinese businesses “go global”, attract foreign investment, and promote international economic exchanges.