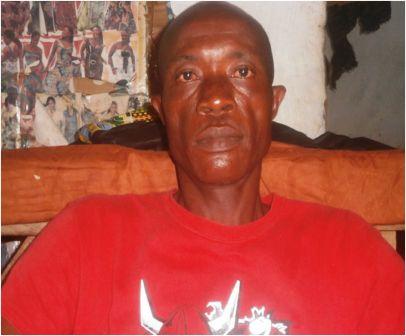 Senessie M. Bibo, a native born of Segbwema town, Njaluahun Chiefdom, Kailahun District in the eastern part of Sierra Leone has proclaimed in Waterloo City where he lives presently that as a brother of the All Peoples Congress (APC) party political Midfielder, Honorable Robin Falley, he will be very happy if the incumbent party continue with the mantle of leadership after 2018 Presidential elections.

According to Bibo who is a professional and well established building contractor, he decided to make such pronouncement not by regional or tribal base but for the fact that robust development has taken place in Segbwema and the entire eastern region since his brother Falley join the APC which he described in a happy mood as a developmentally oriented party.

He described the newly constructed Kenema Segbwema and Pendembu highway which connected Sierra Leone and Liberia with deep and wide bridges as the best road ever constructed in the country under President Koroma’s administration adding that as an indigene of the said region he is not in any regret for joining the APC under the auspices of Robin Falley whom he described as wise man from the east. He confessed that, there was no Government hospital since the creation of Segbwema City except a health centre called NICSSON operated under the mandate of a Non-Governmental Organization adding that since the defection of the erudite politician, a formidable Government health centre with equipped laboratories and trained medical personnel has been established.

He deliberated that they are now boasting of good schools and conducive meeting places which are all constructed under the era of Hon. Robin Falley and emphasized that he has the support of young people because he belongs in the right political party and working in their interest. He also spoke about a mosque which was left for decades in an unfinished stage but finally modernized by President Koroma through the supervision of Robin Falley.

He concluded by expressing gratitude to His Excellency President Koroma and the able Publicity Secretary two of the APC, Robin Falley for taking development in that part of the country which was considered as remote places but now become big cities.

Constituents Vow Thumbs Up for Osm...