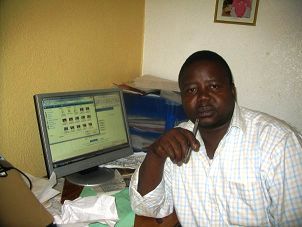 “At that time my anger will flare up against them; I will forsake them and hide my face from them, so that they will become a prey to be devoured, and many evils and troubles will befall them. At that time they will indeed say, ‘Is it not because our God is not among us that these evils have befallen us?’ [DEUT 31:17]. This excerpt from the bible may sound very familiar to a lot of people in Sierra Leone today. The latest tragedy that has befallen our country is one of many in our catalogue of catastrophes. But as we struggle to come to terms with this serialised catalogue of undesirable occurrences, there are many people who could not help but feel that may be, just maybe, our country is in dire need of some penance and redemption. The recent floods and mudslides have been attributed to many causes; ranging from geological, agricultural, environmental, reckless human activity and right down to spiritual. Apart from the obvious causes the spiritual, though lacking in any scientific justification, appears to be very prominent in the minds of many people. The majority of Sierra Leoneans professes to be religious or at least God fearing. (Photo: Abdulai Mansaray, author)

When faced with unexplainable difficulties and sometimes issues beyond our normal sphere of human understanding, we seek refuge in the arms of religion or spiritual realms .It is the soothing effects we get from such attributions that have given our society a fatalistic and sometimes stoic approach to what life throws at us. This approach has not only given birth to a shrug of the shoulder approach, but also made us more accepting to what we tend to consider as “destiny.” It is not surprising that as a nation, we have developed a “how for do?” mentality to shield us or as a coping mechanism for the most unacceptable. Many people see this attitude as a sign of complacence;  the very essence of why issues like accountability are not a part of our political and social fabric. Sadly the accomplice to the crime of corruption is frequently our own indifference.

The verse above could be representative of how many people see the causes of our recent tragedies. We had just recovered from a decade long senseless war that claimed the lives of thousands of people. But just when the nation was trying, like a phoenix, to re-invent itself from its social and political cesspool, we were hit by the unrelenting Ebola epidemic. Today, we are confronted with the tragedies of flooding and mudslides. The sequential manner by which our nation has been dealt the hands of tragedy has been monumental. Although these tragedies vary in nature and manner, the common denominator is the role of mankind in all these.

Notwithstanding the many explanations and causes proffered, there is an apparent groundswell of opinion that our country may have crossed paths with some spiritual being. There is a feeling that as a country, we may have abandoned our ways, and that our creator or whoever we perceive him to be is not happy with us.  This is because, many of us may be asking, subconsciously or not, “How many more tragedies can our small nation take?” There are many schools of thought who believe that as a nation, we are paying for our sins, because we have lost the concept compassion for our fellow Sierra Leoneans. We now live in a dog eat dog society. Before you hasten to condemn this school of thought, remember that “Science without religion is lame, religion without science is blind” (Einstein).

Against the backdrop of a wealth of resources, it is ironical that we are sitting by the banks of river and washing our hands with spittle.  Because of our economic malaise, which is a concomitant effect that has degenerated into pervasive corruption, we have been diagnosed with resource curse. It is therefore no wonder that many people see our country as a basket case.  It is sad and painful to admit that the only way we seem to make our country relevant to the International community is through disasters and a begging bowl. This has become so common place now, that we see our leaders posing for the media with massively written cheques as donations; as if they just won the lottery. There are many in the diaspora who would agree that any time one mentions “Sierra Leone” to a non-native, it almost always becomes synonymous with a tragedy or disaster.

So when the latest round of disasters reared its ugly head again, you would have been forgiven to worry that the International Community will complain of donor fatigue. Thankfully, the International Community has not abandoned us in our time of need. Local corporations, individuals and organizations have all pulled together. But even the donations have been followed by questions, doubts and skepticisms as to whether the aid would reach their intended targets. The Ebola came and went, but was shrouded (pardon the pun) with allegations and recriminations of massive corruption. Considering what is going on in places like Syria, Iraq, Yemen, Afghanistan, and Libya, etc., it is safe to say that we do not have monopoly on the unenviable tag of a disaster prone region; but it’s a close race. The question is: WHY SALONE?

Our former head of state, the late Ahmed Tejan Kabba famously declared that “SALONE MAN GEH BAD HART”, and some people saw it as funny. As a people, we need to be honest with ourselves. Our country has lost its compassion and its soul. We seem to hang on to religion for all the wrong reasons. In Sierra Leone today, churches are springing up in every nook and cranny. A few bible readings here and a big robe there seem to be the minimum requirement to pass for a pastor, a preacher or a man of the cloth. But where is the logic, when our pastors are richer than the very congregation they are supposed to help? Jesus Christ never had a bank account, a hummer jeep or a massive mansion. All he had to his name was a sandal and a robe. He despised people who had ill-gotten wealth on the backs of the poor. They preach to us about miracles and break through, make us believe that someone evil person is responsible for our difficult life. As Africans, we are left with the impression that God is someone who rewards laziness, and that we can reap where we did not sow. As leaders of our communities, these pastors, preachers, Imams and clergy have in their power to focus on positive news that add values such as hard work, creativity, dedication, commitment, perseverance and responsibility. They have the power to promote cleanliness, encourage creativity and motivation, rather than glorifying riches acquired from miraculous sources.

If you are looking for ironies, look no further than among our Muslim community.  In the immediate aftermath of the mudslides and floods, an internationally renowned Muslim Cleric offered to visit in solidarity, and to pray with us in Sierra Leone next month. This has not only coincided with our disaster, but has also taken place at a time that is one of the most important events in every Muslim calendar. Among the five pillars of Islam, the pilgrimage to Mecca is revered as the nadir and pinnacle of spiritual fervour and purification for any Muslim for the hereafter. Sierra Leone has been a proud beneficiary of “scholarships” from Muslim countries, to provide worshippers with this once in a life time opportunity to perform hajj. If the recent revelations on Whatsapp by Nurudeen Sankoh are anything to go by, it seems that unfortunately but not surprisingly, our leaders have dipped their hands into cookie jar again. These “scholarships” were meant for poor deserving worshippers. Not only were they deprived of this once in a life time opportunity, but were made to pay for the “privilege”.

This time, the revelations seem to indicate that the corruption is rooted, embedded, and buried right in the heart of our government. The name of our Vice president Victor Foh has featured prominently in this saga. Those who have not suffered from selective amnesia would recall the 80s, when “voucher gate” was the currency of the decade; no surprises there as “Monkey norba lef en black hand”. Other members who unashamedly carry the title “ALHAJI” have also been implicated. To think that these people had once made the same pilgrimage to the holy land, only to deprive others of the same opportunity is mind boggling. The conscience of a chainsaw comes to mind.

Our president, Mr. Ernest Bai koroma may have been well meaning when he took the reins in 2007. We were all so hopeful that we even called him “messiah”. Ernest was going to be our Moses, to take us to the promised land of change and prosperity. But he made one fatal mistake; he surrounded himself with hyenas. He is now finding at the cost of his credibility; that “it is difficult to soar with eagles, when you fly with crows”. Mr. President, it is not too late. Your time in office may be numbered, but you have a rare opportunity to make lasting changes for your legacy. If this opportunity is not taken, you may go down in history as the President who presided over the most corrupt government in our memory. A roll call of corruption laden allegations like NASSIT Ferrygate, Ebolagate, Hajjgate, Timbergate do not make for a good pleasure for a memoir. , Fighting corruption is not just good governance. It’s self-defense. It’s patriotism.

According to a press release by the Government of Sierra Leone, “ HIS EXCELLENCY THE PRESIDENT DR. ERNEST BAI KORMA HAS DECIDED TO MEET ALL AFFECTED CATERGORIES OF DISGRUNTLED INTENDING PILGRIMS AT STATE HOUSE ON TUESDAY, 29TH AUGUST, 2017 AT 4.00 PM.” For god’s sake, you called them “disgruntled?” OMG. This reminds me of a scenario:

Imagine you took your shoes for repair, and you meet the “shoemaker” wearing them in church after two weeks. You call him outside and ask him why he wore your shoes. Then he replies…”they are on a road test”.

DON’T FORGET TO TURN THE LIGHTS OFF WHEN YOU LEAVE THE ROOM.