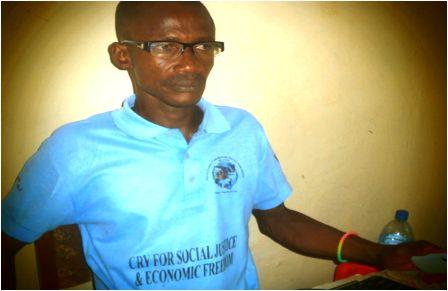 Speaking to this medium, Chairman for the Descendant of Johnny Paul Koroma (JPK), Muctarr Bompa Turay aka BUSH intimated that they were shocked upon receiving rumor that the former Head of State under the Arm Forces Revolutionary Council (AFRC) Government has passed away in the Makeni City over the week end.

He said the Descendant of Jonny Paul Koroma was formed sometimes in 2004 after the former Head of State was declared dead in Liberia adding that they are mourning the statesman for the fact that he contributed immensely to achieve the peace we are enjoying today as a nation.

At the height of the brutal rebel war, Turay said it was JPK that fought tooth and nail to bring fighters together for peaceful negotiation.

He therefore encouraged family, friends and relatives of the late man to trust in the Lord because he gives and has taken away and prayed that may the soul of our leader rest in peace. He continued that they loved JPK but God loves him most and wished that he meet God/Allah in his kingdom of paradise.

Turay came to conclusion by extending condolence on behalf of the group to all sympathizers at home and abroad and consoled family members of the great military hero.