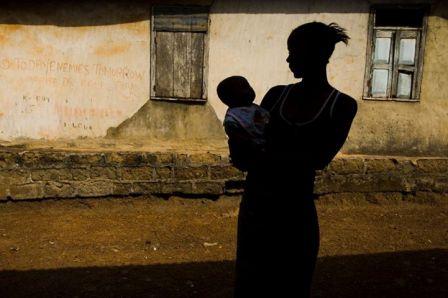 Reports reaching the Sierra Express Media (SEM) revealed that one Alhassan Conteh who has allegedly raped a 13 years old class six pupil is reported to have absconded to an unknown destination while leaving the vulnerable girl who is roaming the street of Freetown with her malnourished son in a state of depression.

This report reaches SEM after the parents of the vulnerable underage girl have tried all official means to convince the perpetrator who was living at Kaningo Drive, Lumley in Freetown so that he could have done something good and responsible for his son and return the young innocent girl in school after lactating period.

According to the mother of the helpless child who preferred to remain anonymous, said in a sad mood that she took notice about the untimely pregnancy when her daughter who was waiting to collect her National Primary School Examination (NPSE) result started complaining various illnesses.

The mother of the victim further disclosed that, she reported the ugly incident to the community chief who reports say; he immediately invited the accused to testify in the full view of local authorities.

She accounted that the perpetrator, Alhassan Conteh married with children and therefore vowed to take the matter to the Legal Aid Board (LAB) and Anti-Corruption Commission (ACC) if the purported quack teacher who was teaching the young girl continues denying his responsibility. The parents of the victims called on Government through the Ministry of Social Welfare Gender and Children Affairs to intervene in to the matter so that the perpetrator who is currently on the run can be arrested and brought to book.