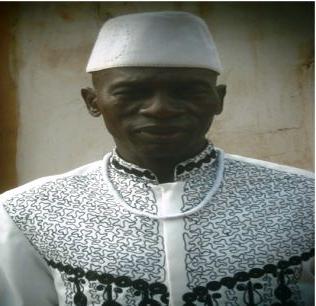 Abdulai Sankoh aka D-Wizards have again demonstrated interest to contest for Constituency 109 Parliamentary symbol at Brookfields in Freetown.

His intention was made public yesterday when D-Wizards who is noticed to be a devoted and listening man of the All Peoples Congress (APC) party was expressing his intention to contest for the said constituency in Freetown, Sierra Leone.

It could be recalled that Sankoh contested against the seating Member of Parliament for Constituency 107 Parliamentary symbol, Hon. Francis Emmanuel Kowa in 2015 and lost the contest but stressed that he will never forget the APC which he described as his childhood party for not giving symbol.

“I hope there is time for every purpose” said D-Wizards and bragged that, this should be his time for the fact that he is a man that always listen to not only party authorities but to the general membership of the APC which he described as the only social gathering capable of providing basic necessities for its citizens and the required security that is capable of maintaining peace and tranquility across the country.

Among the contestants to replace the late hard working aged man after the symbol has been awarded to Hon. Kowa, D-Wizards was the first among the loosing aspirants to congratulates and championed the campaign for Kowa to win the envious sit followed by other aspirants, an action which many believed contributed immensely for the incumbent MP to win the Bye-election against his Sierra Leone Peoples Party (SLPP) main rival, Lawyer Alhaji Mustapha Kamara.