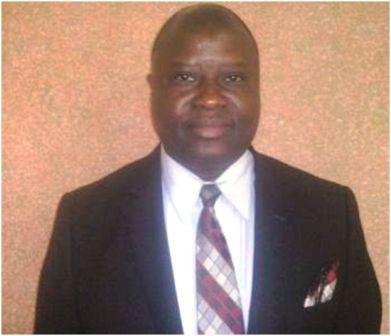 Yassin Kargbo (in photo),  General Manager of the National Tourist Board of Sierra Leone has been criticized for saying on radio that the only place to do Tourism Management courses is the newly established Limkokwing University for Science and Technology, located in Freetown.

Graduates from the College of Travel and Tourism Studies have told this writer that the GM does not seem to have gone through the files in his office since he took over which they said was why he misinformed the public by not including their college which they claimed has contributed immensely towards the tourism industry of Sierra Leone by producing productive Sierra Leoneans to man this sector. These employed graduates noted that even within the Board, there are products of this college as workers, describing the GM’s statement as misleading.

In his reaction, the Principal of the College of Travel and Tourism Studies, Amadu Sheriff said his college has existed for the past eleven years producing people to boost the industry. He said the college has Memorandum of Understanding with the Lungi International Airport management to train their staff on travel and hospitality management for the good of the country.

Alusine Sedik Koroma is the Director of Administration and Logistics Services at the college. He said their relationship with supervisory Ministries is cordial noting that the institution had been introduced to them including the National Tourist Board. He said their memos were sent to the Board but that they have not met with Yassin Kargbo one on one basis to reintroduce the college.

The GM’s utterances have heightened suspicion of foul play as he is said to have close links with the Management and Board of Directors of the Limkokwing University. Many well-meaning sierra Leoneans have therefore viewed the Managers statement as not only unfortunate but also an insult to the nation as a whole. ’’ The manager is not even qualified to lead that institution because he is not well abreast with happenings of his industry’’ they bemoaned.

When contacted, Mr. Kargbo refused to make any comment on the said issue but as a responsible media house; we are still offering an opportunity to the General Manager to respond to this publication for equitable justice to be done.