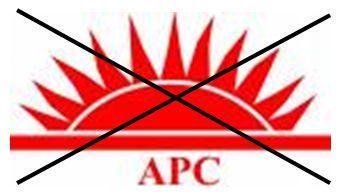 Community people at the Moyiba vicinity have whispered to Sierra Express Media (SEM) that they are preparing to vote overwhelmingly against the ruling All Peoples Congress (APC) party if Government continues to fail in addressing their predicaments especially the poor road network system which is taking the surroundings backward.

According to disappointed members of Constituency 102, their Member of Parliament, Hon. Alie Kalokoh made little or no effort to lobby the central Government for the transformation of the Moyiba which is noticed to be the most deplorable area in the eastern part of Freetown.

They disclosed that they were thinking that with President Ernest Bai Koroma, the whole Moyiba community would have transformed to the better but to their greatest surprise everything has just taken the opposite direction.

In that regard, residents of Moyiba are calling on the Ernest Bai Koroma APC led Government through the Sierra Leone Roads Authority (SLRA) to do something positive for those poor inhabitants before President Koroma exit office or else they will have no option but to look and vote for an opposition party they think will address their basic problems of poor road network, education, health, food and shelter among others.

According to them, they voted 4 four 4 in the last general elections for the ruling APC but it never reflected in their environment adding that this time round they will consider not to repeat the 444 system of voting because according to them it was a great mistake. They have vowed never to repeat in their life time until the Cows come home for the fact that most Members of Parliaments, Councilors and Mayors failed to complement the President vision of the Agenda for Prosperity.

Question Mark over John Sesay’s Of...