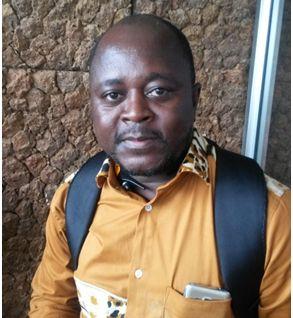 The commendation was made on Tuesday 26th July 2017, at Committee Room (1) Parliament Building OAU Drive Tower Hill, Freetown during a Parliamentary summoned of the said council to ascertain whether monies received for and on behalf of the of Makeni City were judiciously utilized for their intended purposes. After a thorough checking of their financial records, it was discovered that no financial miss management and mal practices took place.

The Deputy Chairman on Public Accounts Committee, Hon. Eric Komba Koedoyoma representing Constituency 027 Kono district in his statement, commended the Audit Service for a job well done adding that their work is more than effective in pointing out issues of national concern for the socio-economic growth of the country which he said included the revelation of the Makeni City Council’s good job despite several challenges they are faced with. He said that the committee was supposed to have met the councils at their respective district headquarter towns but disclosed plans to do so in the shortest possible time.

The Deputy Majority Leader of Parliament, Hon. Hassan B. Sheriff of Constituency 055 Port-Loko district in his statement appealed to the C A of Makeni City Council to extend their good work in order to improve Kenema City and the other Cities across the country.

The Deputy Director General of Audit Service Sierra Leone, Tamba Momoh pointed out related issues of concern observed regarding the prevailing circumstances of the 2015 reports.

He said that despite several outstanding issues were solved; more needs to be addressed including the one dumping site in the whole of Makeni City, stealing of plastic rubber collections, non-accessibility to the Petra system that entails posting as well as editing, staff not going on leave amongst others.

In his response Chief Administrator William Alpha noted that they have instituted six dumping sites in the Municipality for the collection of waste management followed with survey that was funded by the IMC as they are presently looking out for funding to efficiently and effectively improve on cabbage collections.

He noted that they will continue to put measures in place in order to serve as role model in the local council governance.

He therefore encouraged his colleagues to follow the financial regulation management system as well as the procurement procedures including laws regarding fiscal administration of the respective councils.