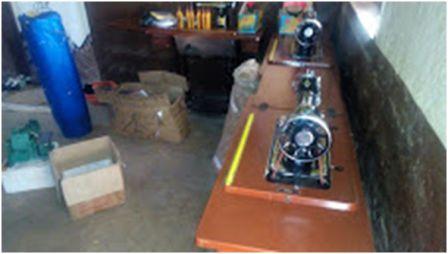 Gold Tree, and Oil Palm Company situated in Daru, Jawie Chiefdom in Kailahun District has donated as part of their corporate social responsibilities(CSR), 600 five gallons of palm oil and some sewing machines worth over Le50 million to landowning families in all the eight sections of the chiefdom . Addressing the landowners, Benedict Saffa Kosia, the Out Grower manager intimated that the donation was in fulfillment of one of the company’s lease agreements which states that a quota of their product must be given to them annually.  This donation, he said is aimed at letting the people know that they made the right decision in giving their land to the company.  While also recalling on similar gestures made including annual scholarships, road rehabilitation, and provision of seedlings to farmers among others by his company over the years.

Speaking on the Sewing Machines, the manager explained that, the sum of $1,000 was used for their purchase, which according to him was gearing towards capacity building for vulnerable groups in skills training to ensure self-reliance.

In appreciation for this kind gesture by Gold Tree, Chief, Alhaji Alfred Tennyson,  one of the land owning families thanked and praised the company for their benevolence to them( Land Owners) and their communities as a whole. He noted that the company has been very cooperative to them in terms of to its corporate social responsibilities and other kind gestures since they started operation in their communities, adding that the donation was timely.

The land owner therefore called on the company to continue doing the good work they have been doing for their communities while also pleading with them to be giving them the slug which according to him is wasting.