Homepages
Your trusted place for Sierra Leone and global news
Trending News
HomePoliticsThere Should be Life After the presidency in Africa like in the West!

There Should be Life After the presidency in Africa like in the West! 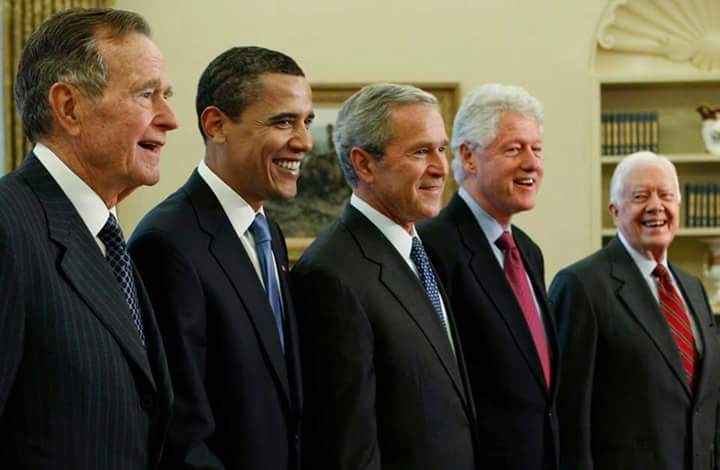 There Should be Life After the presidency in Africa like in the West!

These four former presidents of USA are all living happily after leaving the White House.

The Ghanaians, Tanzanians, Sierra Leoneans, Senegalese, Liberians, Beninois, Burkinabes, Nigerians, Nigeriens and a few others have been changing from one government to another. But more has to be done given low percentage true democratic governance.

In most African countries, there is no life after the presidency. African presidents either end of as refugees, prisoners, destitute, paupers or as liabilities to other countries.

The African leader most often comes from nowhere but soon forgets his roots and thinks himself a demi-god that should hold on to power forever.

In Sierra Leone for instance life after the presidency is nothing to write home about.

Our two surviving previous heads of state, Capt. VEM Strasser and Brigadier Maada  Bio are out of employment and live on handouts.

We must try and make life after State House comfortable and stable.