Meet the Leading French Presidential Candidate and His Wife! 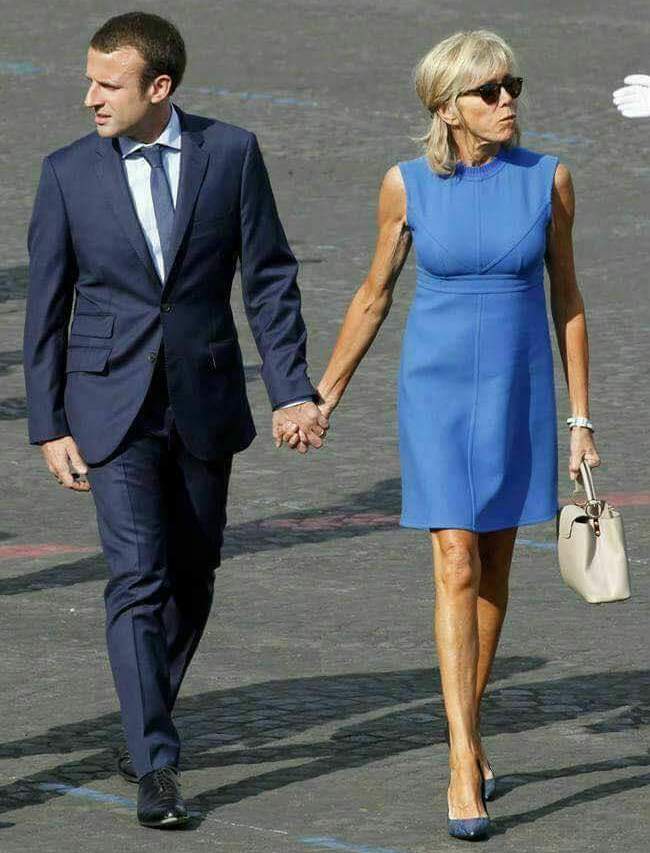 Meet the Leading French Presidential Candidate and His Wife!

39 year-old Emmanuel Macron took a surprise lead in the first round of the presidential elections in France last week with Marine Le Peine  following him closely.

Though Mr. Macron is seen by the French public as a nationalist and a brilliant person who will bring back the country’s economy on track, he has to do everything possible to fight against what skeptics regard as something odd around his personality.

Macron is 39 while his wife is 65. The couple is seen as a mismatch! They look like a grandmother and her grandson! The age difference between the two is 26 years!

According the French media, Macron fell in love with his secondary school Grammar Teacher when he was teenager and the two maintained the relationship until they got officially married.

If Mr. Macron wins Wednesday’s second round of the polls, then Mrs. Macron will become the First Lady of the Republic of France.

This is going to be the presidential couple the French public will be seeing for the next five years.

We’re closely monitoring the elections in France as the clock ticks to Wednesday. Some analysts say the race with Marine Le Peine’s party will be tight.

President François Holland’s own party candidate was defeated in the first round. François Fillon  took a third position after party supporters changed their minds following media reports that he had recruited his children to work in his office from taxpayers money.

President Holland has been campaigning in favour Macron whom he says will be most suitable for the current political context in France.

Marine Le Peine  with her far left position is regarded as the Donald Trump of France with her radical views on terrorism and immigration issues!

There Should be Life After the pre...