Sesay over the moon with Hercules debut away to Vasa IFK 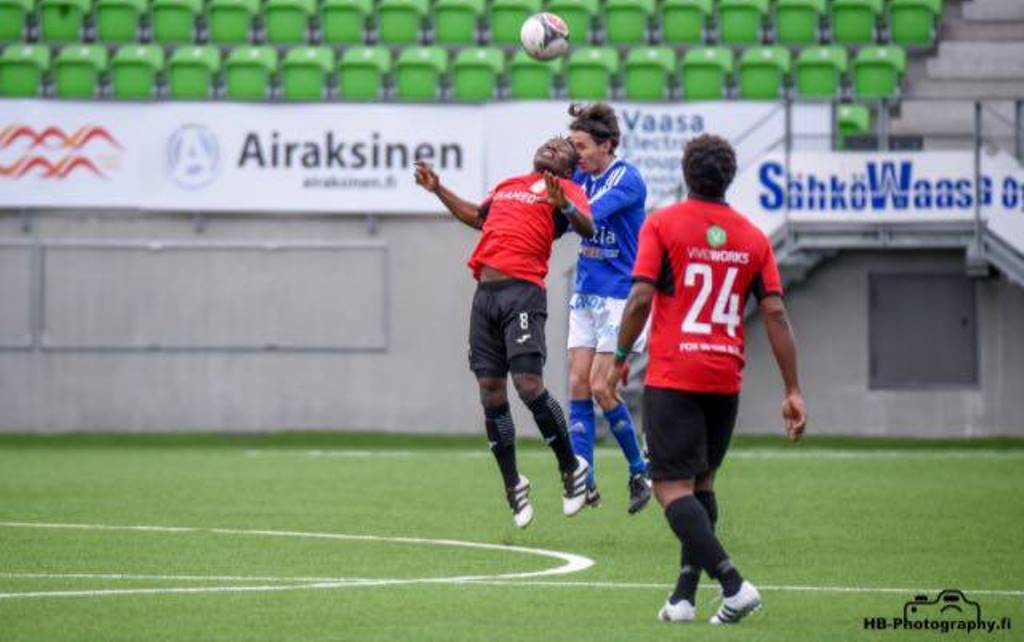 Sesay over the moon with Hercules debut away to Vasa IFK

Abdul ‘Buduski’ Sesay was generally pleased with his output for his new side JS Hercules in their 1-1 draw away to Vasa IFK on the opening day of the Finish third-tier Kakkonen season on Saturday.

Sesay made his Hercules debut playing behind striker Mikko Suomela and played the whole match receiving his first booking in the 28th minutes of the first half.

Striker Mikko Suomela scored for the visitors in the opening 8th minutes of play before Tony Bjork levelled the score line for the home team in the 29th minutes from the penalty spot.

After the match, Sesay, who was delighted and expressed his satisfaction with his first performance for the club despite the draw.

“The result was not the best, but I was very pleased with my contribution. I’m looking forward to our next match in front of the home fans against GBK Kokkola next weekend,” he told footballsierraleone.net.

The Hercules new boy added: “We scored first and despite the draw, it was a positive result from the team away from home.”

The Sierra Leone midfielder who signed for Hercules a few months ago from Oulun Palloseura Jalkapallo (OPS) is expected to play a key role in coach Amokachi’s plan.

The 25-year-old was OPS top scorer last season 16 goals in all competitions in the Finish third-tier (Kakkonen).