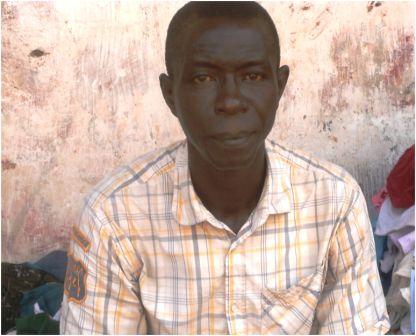 Indigenes of Samu Chiefdom, Ward 136, Constituency 041 in the Kambia District, have cautioned political aspirants to be accountable when voted into office as the district has suffered for so long from maladministration.  (Photo: Councilor to be, Mr. Momoh Mange Yillah)

Speaking to a battery of Journalists, elders and youths of Samu Chiefdom have suggested that this time round the party symbol be awarded to Mr. Momoh Sankoh Yillah who contested for Council seat under the banner of the All Peoples Congress (APC) party but lost the incumbent, Mr. Abdulrahman Sesay in the 2012 local council elections, basing their recommendation on the fact that he is a son of the soil and risked his life to mediate between rebels and the civil populace during the rebel war.

They stressed that they would be very satisfied if the symbol is awarded to Yillah who has been with them for donkey’s years and knows their problems.

In his statement, the Councilor to be, Mr. Momoh Sankoh Yillah expressed gratitude to his people for bestowing confidence in him and assured that if given the symbol and elected councillor, he will change positively what he described as bad politics that is hindering the progress of the chiefdom. He highlighted that ward 136 comprise four sections noting that he stooped down in the last local council election for the incumbent Mr. Abdulrahman Sesay for the fact that he did not want to be petitioned or charged for election fraud by the National Electoral Commission (NEC) because he was not registered at the said chiefdom and constituency.

“I have registered this time with my wife, children and relatives at ward 136 to vote solidly for myself if given the symbol” said Yillah who expressed happiness over the way he was appreciated by the people in Samu Chiefdom. Mr. Yillah revealed plans to organize a big ward meeting when campaign is declared by NEC