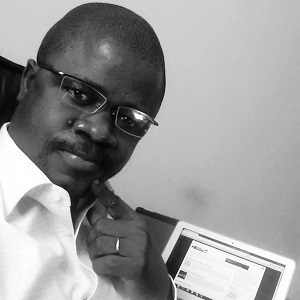 By late 2001, the Anti Corruption Commission arrested then Sierra Leone’s  transport and communications minister, together with his wife, “for involvement in illegal diamond mining” in Kenema district.  Large quantum of illicit diamonds had been found in their possession, according to a BBC report at the time.

With some diamonds said to have been smuggled out of the country by the minister, the incident happened at a time when the rebel war was raging and the key perpetrators- the RUF were also seriously involved in illicit mining and smuggling. The minister was later jailed in 2003 for two years for illegal possession of diamonds.

Referencing the West Africa magazine, David J. Francis wrote, in ‘Diamonds and the civil war in Sierra Leone’ that “the sale of conflict diamonds by the Revolutionary United Front (RUF) rebel group was estimated at $70 million by 1999.”

The return to multiparty democracy and particularly so, the election in 1996 of a democratic government initially never brought about the needed environment in terms of ensuring an accountable system of managing state resources like diamonds.

In trying to prevent “conflict diamonds” from flowing through the valid diamond supply chain, the UN and other agencies introduced the Kimberley Process, allowing for rough diamonds to be “sealed in tamper-resistant containers and have a forgery resistant conflict free certificate with unique serial numbers each time they cross an international border…” (Conflict Diamonds and the Kimberley Process Fact Sheet)

Sierra Leone is a member of the Kimberley Process.

By 2003, the UN resolution 1306 (2000), an embargo against the import of rough diamonds from Sierra Leone was lifted just when the Kimberley Process came into effect.

Just recently, (March 2017) a 706-carat diamond was unearthed in Kono district, a diamondiferous district, East of Sierra Leone.  The diamond is said to be the second largest ever discovered in the country, the largest being the 968.9-carat diamond found in 1972.

Such a precious mineral calls for openness if a government is to continue to build public trust and confidence. In my view, so far, the Koroma-led government has demonstrated the highest level of openness and has been accountable to its citizens.

Receiving the precious stone on 15th March, 2017, the country’s President “underscored the importance of selling such a diamond here (Sierra Leone)”, assuring, “the selling process would be transparent…” stated a release from State House.

The President has directed, that the diamond be sold “by international tender” to be conducted “in a transparent manner, subject to a reserved price,” says the National Minerals Agency.

Also, the government has assured the public that the stone will be “displayed for viewing at the Bank of Sierra Leone…” with the media to be invited, “and the outcome of the tender will be communicated to the general public.”

If this is not how to be transparent, then I wonder what else could be done by the President.

President Koroma is fully aware of the challenges the mines and mineral sector faces. The sector, he had said in 2010, “lacked proper regulatory regimes, leading to non-transparent transactions, decrease in investor confidence and failure to attract large scale investments…”-(State Opening of Parliament).

Over the years, the government has been working thoroughly towards developing the sector in order to boost up GDP and help in job creation.

The Mines and Mineral Act 2009 is instrumental in promoting both domestic and foreign investments through the introduction of “new and improved provisions for exploration, mine development and marketing of minerals and mineral secondary processing.”

The Act also ensures, management of the mineral sector “is transparent and accountable in accordance with international best practice.”

Unlike before, the country’s mineral ministry today encourages the development of open and transparent mechanisms for marketing mineral products.

These actions, as President Koroma once said “are bearing tangible dividends…” since there has been “an increase in Government revenue from new mining investment in exploration and development, and from current mining operations.”

In conclusion, I am of the view, though government’s openness in dealing with the recent discovery is nothing new, it has further strengthened public trust and confidence.

It has also gone further to fulfill the administration’s policy of openness and in promoting the mining establishment in line with international best practice based on the values of sustainable growth. I hold the view; this has been a commendable move by the government!

Are We Celebrating Independence Or...