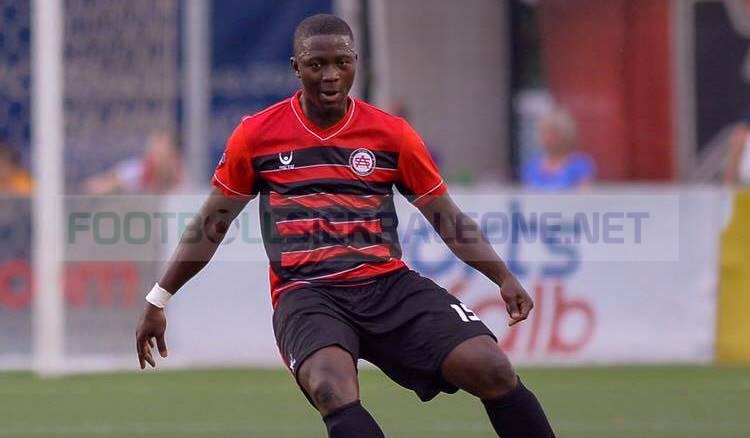 Abdul-rahman Bangura has signed a new contract with Atlanta Silverbacks.  The 31-year old Sierra Leone centre-back has penned a contract extension which will keep him at the club until 2018.

“The Silverbacks welcome yet another 2014 star back to Atlanta for the 2017 season! Abdul Bangura will play centre back, anchoring Atlanta’s backline.” the club said in a statement.

Bangura, who arrived at Atlanta Silverbacks on 28 February 2014 and made his debut in Silverbacks 2-1 victory as a substitute in the 89th minute away against FC Edmonton is delighted with the new deal.

“I’m thrilled to sign a new contract with Silverbacks and am really excited about the future,” he told footballsierraleone.net.

“I’m excited to extend my contract with the Silverbacks. Atlanta feels like home to me. I am looking forward to this upcoming season.

“The manager is bringing in some good players, and I believe it going to be an exciting season ahead. I feel determined & optimistic that this season will be a great season for me and the team.”