Road Traffic Accidents Could Be Another Epidemic In Sierra Leone 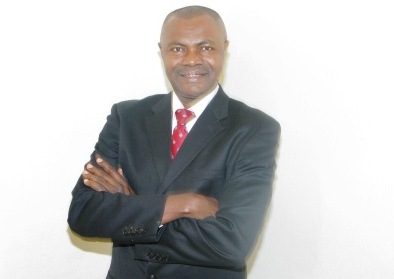 Road Traffic Accidents Could Be Another Epidemic In Sierra Leone

Road traffic accidents are a major, but neglected national health problem that is requiring concerned efforts for effective and sustainable prevention.

After the ten year senseless war, and almost two years of the Ebola epidemic, Sierra Leone is once again facing carnage of traffic accidents that the nation does not seem to pay attention to.  2016 however, could be recorded as a year of tremendous lives lost due to road traffic accidents across the country. How much did the police Department review and intervene in determining the causes of rigorous road accidents raises my 50 Million Leones question.

Using a quantitative survey with my clients mainly from the United States and United Kingdom, road traffic accidents is the number one causes of unnatural deaths today in Sierra Leone.  I discovered that the main causes of accidents in Sierra Leone are due to several reasons that undermining the safety of people on road transports.  On the basis of the investigation I made, I examined the social processes and dimensions embodied in road transport regulations on the broad spectrum of circumstances in which road accidents frequently occur.

Viewing the issues in the urban cities, and Freetown in particular, many drivers, approximately 20 to 35 %, own their vehicles, therefore their driving tends are more cautious since they have a single vehicle on which their livelihood and personality depends, hence they have to be careful with it.  On the other hand, the majority of drivers on public transport fail to adhere to the driving standards of taking extreme caution, instead, rushing every time to reach to a destination.  Consequently hundreds of fatal accidents have occurred and many people have been left with physical and psycho-social disabilities.

Respondents to my interview believe that authority pays little attention to the fact that there is no possibility to ensure road traffic safety conformity of roads to the country’s safety requirements. Despite the fact that the rules and regulations for road traffic safety are on the book, yet most of those rules have never been implemented and enforced by the law informant authorities.

According to findings, high incidence of road accidents has been recorded in the last several years due to various factors. The most serious one is drink driving that police do not seem to pay attention.  Authority fails to understand and examine the influence of alcohol on drivers.

A drunk driver has a potential of losing the ability to focus and function properly and it is very dangerous when operating a vehicle on the highways and on the congested cities.  Sad to understand that there is no mechanism to check, especially public transport drivers, who are operating vehicles under the influence of alcohol or dangerous drugs.

Driver personality character is another serous factor. The majority of public transport drivers is uneducated and could not understand about safety rules. An illiterate driver can easily bribe his way to obtain a driver’s license without taking exams for safety.

Bad roads and weather conditions are some of the factors observers highlighted. One of the driving regulations plainly states that the driver shall reduce speed when adverse weather conditions are present and to cease operations when those condition is sufficiently dangerously to drive.  Those we are respecting in our various diaspora destinations. But, most drivers in our country are at risk driving on the highways in an inclement weather conditions when there is no way read and understand the consequences.  Several accidents have occurred during heavy downpour and dead curves. (Photo: author, Sanpha Sesay, USA)

Many drivers have lost control of their vehicles along dangerous curves and lost their lives with passengers in their vehicles in road accident due to unlimited speed and lack of caution to avoid accident.  Drivers run the risk of losing control of their motor vehicles or blowing out a tire when they drive over potholes and bump-gallops.  In December 2015, holiday makers from the United States, one of the victims I know very well, lost their lives at Magbalay Bridge due to a bump-gallop, sources say. Although another source believes that it was due to the driver’s miscalculation of approaching the narrow bridge.

Speeding is another major factor as road speed on transport facilities exerts a significant influence on an accident risk and its severity.  One Mr. Osman Bangura in London angrily expressed that the government took a challenge to rebuild the roads to ensure quick and comfortable travels, but drivers’ abuses it by woefully speeding irresponsibly on the roads to see the roads now as death traps.

Nowadays when the numbers of vehicles are extremely large and their number is increasing with every passing year, driver’s professionalism becomes the most significant factor. Only when drivers understand the importance of safety can translate it into their professional life. The Department of Transport and Police Department should come together and try to address this social issue of road accidents. Drivers need to be able to read and write; at least they should be able to understand the consequence of violation.

In the United States, each state institutes a defensive driving mechanism which is essentially for drivers who violate the traffic laws to take at least eight hours class and pay a fine. Every state utilizes these safe driving strategies to enable drivers to address identified hazards in a predictable manner. If our country implements a similar strategy by imposing heavy fines and prison terms to violators it will reduce the catastrophe of road traffic accidents.

The speed limit needs to be modified.  80 miles per hour is not recommended on our roads with just one lane up and one lane down. The government needs to understand the geographical variations in road traffic fatalities in country. It became a public health burden to most of us in the diaspora for the persistence high level of road accidents.

Of all the systems that the government has to deal with on a daily basis, road transport is the most complex and most dangerous to pay attention. The World Health Organization (WHO) has defined accidents as “an unpremeditated event resulting in recognizable damage”. If the government implement strategies and enforce the laws in a proper way, the problem of road traffic accidents will reduce.