Sierra Leone Politics – Good Will And Causes Of Ill Will 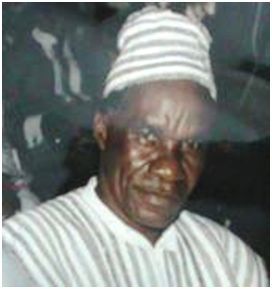 Sierra Leone Politics – Good Will And Causes Of Ill Will

There are many fundamental elements essential for setting up public political debates rather than street rally. For one thing, there must be a spirit of patriotism and public service which extends through every activity of every politician, from flag bearers, Parliamentarians and the lowest custodian. (Photo: author)

Good will will not come until the real causes of ill will are removed. Some of the very many questions we need to ask ourselves are the removal of the ills or misunderstandings. What acts or practices have caused ill will or misunderstandings during political campaigns, and what has been left undone that would have built good will that need to be addressed.

The President, Dr. Ernest Bai Koroma the custodian of the State, and the National Electoral Commission has officially made clear the obstacles surrounding the dates for our General Elections. Some quarters cried foul and spoke of ‘more time’ while others sensed the announcement made by the President as his constitutional right.

The ‘good will’ here is that President Koroma has opened the political gate way for political parties to put their houses in order ahead of the campaign trail, and the causes of ill will, will be where political aspirants and their leaderships fail to remove the obstacles for a fair playing ground in the fight to educate the grassroots of the population about their civic rights to vote and goals and ideals of the election process.

There is a saying that “there is time for every purpose”, and this is the right time for political parties to fasten their belt to face the public with their manifestoes. A manifesto with the education that rests on public acceptance based on their opinion, and its continuance upon the extent to which the people understand, appreciate the value and importance of its contents. The highest ethical standards of patriotism, honesty, truth, and fairness must characterize every public aspiration for the overall development of Sierra Leone.

With the present political scenario, the public is worried over the mass influx of people aspiring for the leadership of this our ‘mama salone’. Whether they worth their salt or just believe that Sierra Leoneans have lost their judgement and senses as to know what is good from what is bad or evil.

Most importantly what the population is yearning for is peace and stability, and free and fair elections.

Some civil society organizations have condemned political rallies that sometimes provoked a situation for violence and instability: With immoral songs, provocative music with lyrics of negative and inciting trumpet of violence acts and to some extend community unrest for peaceful citizens.

This time around, can we just organize peaceful meetings in our wards and constituencies, reading out our Agenda and manifesto for the mantle of leadership, allow people to ask questions and express their concerns and opinion instead of a street rally with fleet of vehicle carrying along unpredictable violent youths whose action or utterances and unwarranted political campaign songs and music that may cause trouble or rather scare some people to exercise their franchise voting right. Surely those in authority must see this as an ocean depth that needs an urgent exploration. Political debate is also a welcome idea as against street rally.

The President’s Legacy, Our Duty t...

I am Unshakably APC for Life JFK R...