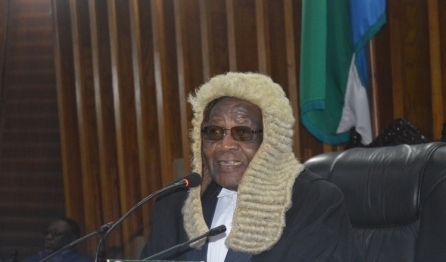 Freetown, 20th February, 2017 – As part of its contribution to the furtherance of international relations, the Sierra Leone Parliament is hosting the Thirteenth Regional Meeting for West Africa, of the ACP/EU Joint Parliamentary Assembly, from Wednesday 22nd to Friday 24th February, 2017. The meeting will be held at the Radisson Blu Hotel, attracting some 100 parliamentary and other international delegates from West Africa and the European Union.

The keynote address, it is hoped, will be delivered by HE the President, and other speakers will include the Rt.Hon. Speaker of Parliament and Co-Presidents of the ACP/EU. This conference seeks to further international cooperation between ACP and EU states and will be addressing issues of regional integration as well as other concerns dominating the global and regional socio-economic and political discourse.

The Leader of the House of Parliament, Hon. Ibrahim Bundu – a member of the Bureau of the ACP/EU Joint Parliamentary Assembly, heads Sierra Leone’s Delegation to the Joint Assembly, headquartered in Brussels. This conference is set to attract one of the largest gatherings of parliamentarians from West Africa, and from the European Union, in Sierra Leone.

The Freetown Communiqué, the result of its deliberations, will be issued on Friday, 24th February, 2017.

Insight into what LAB is doing for...