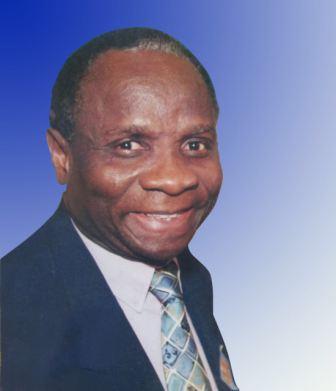 Final Funeral Rites for the Late Edward Babatunde Walter Gustavus Blyden will be as follows:

Service of Thanksgiving and Commendation on

Funeral and Communion Service on

Meanwhile, Books of Condolence have been opened at the following two locations where sympathisers may call:

The Edward Blyden Family regrets to announce the passing away of our Patriarch: Mr. Edward Walter Babatunde Gustavus Blyden, which sad event took place in London, UK on the 14th of February 2017, aged 74. He is survived by his wife, Mrs Sylvia Blyden

He was pioneer of the wave of youths self-empowerment in eighties and nineties, the Founding Director of the Civic Development Education Center (CDEC); Chairman of the Sierra Leone United Nations Association (SLUNA), Commissioner of the National Commission for Democracy amongst other positions of service he held.

Whilst seeking Refuge in Britain from the civil war in Sierra Leone, his Civic Educator role was quickly identified and he was recruited by the Tony Blair Labour Government to hold one of the 5 key Posts in the Quango attached to the Home Office known as THE EXPERIENCE CORP.

He was in post for 5 years after which he was Chairman of the Lewisham Homes Association of Sydenham.

He was also in the Chaplaincy Service at Lewisham Hospital where he offered a lot of support to patients. He did a lot of pastoral work with drug addicted youths in Britain and created lots of entertainment for the Aged by organising trips, picnics and many social functions.

Until he fell ill, he was a very active member of several Masonic Bodies in England, Gambia and Sierra Leone as well as The Hastings Ojeh Society, The Foulah Town Geledeh Society and The Firestone Cultural Society. He was a constant annual patron of several of Freetown Cultural Ordehlays including East End Paddle. He was also a member of the APC United Kingdom branch. He was also one of the Board of Trustees at Zion Methodist Church, Wilberforce Street.

May his wonderful soul rest in perfect peace.