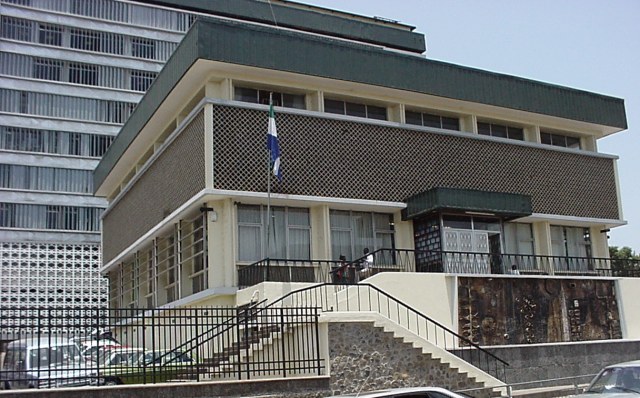 Government decision to curtail expenditure in MDA’s and other related spending has left many question asked by the public the relevance of government rationalizing the expenditure at a time when the World Bank had just recently praised government for its resounding economy.

Earlier government announced its current economic challenges facing the country which prompted it to cut down spending in order to recover the economy.

A lot of concerns have been raised by Civil Society Organizations and members of opposition parties in the country contesting the channel government will used to recover the economy.

The main opposition political party (SLPP) flag bearer Retired Julius Madda Bio was reported to have described government austerity measures as a sham of how government wrecked the economy with huge public expenditure on procurement of government assets, vast number of entourages on government businesses overseas, unplanned road projects and many other charge and lends credence from the WJP Index Report on corruption amongst others.

The Minister of Information and Communication enlightened the public about how government propose to go about recovering from this economic threat when he underscored that the measures are not austerity measures because government has not reach the stage of implementing such instrument but rationalizing expenditures to save the nation from any-would be threat of economic crunch.

He cited countries in Europe that have faced with their economic render down and also others that are currently struggling to restore their economy from the chomp. The statement of the Minister left lots of insinuation by some sectors in society questioning how these measures will affect government in subsidizing for petroleum product when government has claimed subsidizing for petroleum product since 2007.

The hike in prices or inflation of prices of our local food products is also adding salt to injury. This has also serve as a lesson to government that improving the economy also means it should prioritize agriculture to avert any would-threat of food shortages.

It is crystal clear that this country faced two twin shocks in 2014 and 2015, the fall in the global prices of iron ore and the Ebola epidemic left the economy shattered but it is also true that though this country was trapped by these two forces, government pay salaries on time, banks function without any hindrance not to mentioned prices of local and basic commodities with state offices functioning normally.

In other words before the advent of the outbreak and the fall in global prices of iron ore, this country’s economy was stable.

It appears as if government viewed the abnormally in the financial management of its economy earlier before this time but it is also disheartened to learn that it is only now that it realizes this risk is the 100 million dollar question asked by some pessimist.

It is no sooth saying that if what government intends to demonstrate by saving the monies deducted from sever of MDA’s this country would recover from the economic challenges threatening the country.

That Sierra Leone has the lowest price of petroleum products makes it prone for smugglers to penetrate into this country to grow deeper into our most needed commodity but until this pilfering of our fuel is curtailed this country will end up doubling-up what we have already loss within this period.

Protecting Our Relics and Monument...