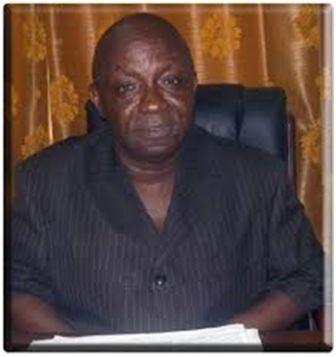 This was according to the Senior Medical Superintendent at the Cottage hospital, Dr. Alimamy Petito Koroma who spoke to this reporter on Tuesday 18th October, 2016 in Freetown.

According to the doctor who recently returned from the Republic of Guinea where he participated in a week long intensive training of trainers workshop on screening of Cervical Cancer using Visual Inspection with Acetic Acid (VIA) and Treatment of Pre-cancer with Cryotherapy organized by the World Health Organization, the WHO has procured all the equipment to start the screening and treatment of Cervical Cancer in Sierra Leone.

He said currently, two screening and treatment centres are being setup in Makeni and Freetown and that once the process is completed, the public will be duly notified when an how to access the facilities.

The doctor went on that clinical practice guidelines have been developed to provide clear guidance on cervical screening and preventative treatment for cervical Precancer through early detection and treatment of Precancer in these centres.

He said the aim is to provide cervical pre-cancer screening services through a single-visit approach (SVA) which visual inspection of the cervix with 3-5% acetic acid (VIA) and treatment of precancerous lesions with cryotherapy.

He said the overall objective of course he went through in Guinea was to equip participants with knowledge, skills and attitudes necessary to perform VIA and Cryotherapy as part of a client-centred approach to Cervical Cancer Prevention.

According to him, Cancer of the cervix is the commonest cancer and the leading cause of cancer mortality among women in Sierra Leone. WHO, in 2002 he cited, stated that there were more than 500,000 new cases of cervical cancer worldwide, over 90% of which were recorded in developing countries like Sierra Leone.

He said the major risk factor associated with cervical cancer is Human Papilloma Virus (HPV) infection which generally occurs in adolescence after the first acts of sexual intercourse.

He said the main techniques used are cytological screening of cervical cells and visual inspection of the cervix, adding that pilot projects initiated in six countries 5 of the African Region and coordinated by WHO have shown the efficacy, safety and effectiveness of visual inspection as a method of screening.

The doctor went on that tertiary prevention of cervical cancer involves the diagnosis and treatment of confirmed cases of cancer, further noting that treatment is through surgery, radiotherapy and sometimes chemotherapy.

He said palliative care is provided to patients when the disease has already reached an incurable stage, while naming HPV as the main cause of cervical cancer.

He said Cervical cancer is the second most common type of cancer among women adding that nearly half a million women are diagnosed with it every year and just under half of these will die of the disease.

Cervical cancer according to Dr. Koroma is preventable if detected early through screening, noting that precursor lesions can be detected and ablated long before development of invasive disease.

Sierra Leone, Governance and the P...