Homepages
Your trusted place for Sierra Leone and global news
Trending News
HomeFeaturedSierra Leone, Governance and the Political Will to Fight Corruption

Sierra Leone, Governance and the Political Will to Fight Corruption 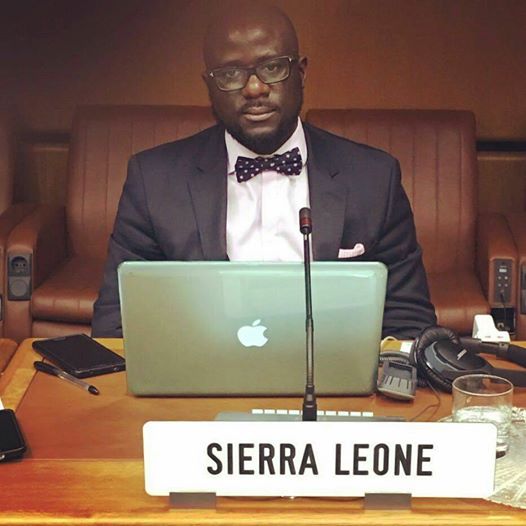 Sierra Leone, Governance and the Political Will to Fight Corruption

His Success in the fight against corruption is measured not only by looking at the tangible gains like the number of cases investigated, prosecuted or convictions secured; but also by looking at the conducive environment created through enactment of stronger anti corruption laws and giving the space to accountability institutions operate. This is what one would call the political will to fight corruption.

The passing of the Anti-Corruption Act 2008 was a game changer in the fight against corruption in Sierra Leone; not only did it increase the number of offences from 9 to 34, it also strengthened the Commission’s investigative powers and solidified whistle blowing and witness protection regime. Passing of the Constitution of Sierra Leone Amendment act in 2008 to give prosecutorial powers to the Anti Corruption Commission, eventually ensuring the highest rate of corruption related prosecution and conviction, with billions of Leones recovered from persons convicted or investigated by the State.

Prevention is crucial in fighting graft. By way of stepping it up, we saw the introduction of the Anti-corruption System and Process Reviews of government Ministries, Departments and Agencies. Comprehensive measures were also taken with the aim of strengthening public financial management in both Central and Local Governments.

At the helm, of the ACC as Commissioner is a young, energetic law professional with a clear mindset to pursue his mandate as per the AC Act. As he himself said recently, it is not just about chasing a ‘big fish’ when fighting graft for corruption at whatever level is unacceptable. In this vain the commission continues to live up to expectations. It has also intensified its public education drive which is critically strategic if the commission is to succeed.

Today, there are not just regular audit reports by the Auditor-General’s Office, but such are being published, making them public, thus allowing room for public discourse and scrutiny. Before now it was literally operating in secrecy.

The national Revenue Collection Authority was more or less a basket of cash for political campaigns. Today, it has become more functional, productive and highly contributing to national development than before, with collected revenues lodged into the consolidated revenue funds.

Not only have civil society become active, they today play a valuable role in helping advance the course of multiparty democracy in the country. Sadly though, some seem to be serving as surrogates for opposition parties.  And morally, when that happens, it becomes wholesomely troubling for the effectiveness of participatory democracy.

In a nutshell, the current government has been more serious in tackling the challenging issue of corruption than anyone in the recent past. Acceptably, there still are challenges. The audit report shows how far we have come and the extent to which we should go in dealing with core governance challenges.

But it becomes disingenuous to present the current administration as having done nothing in especially tacking the challenges to governance, one being corruption.

In fact, let us go down memory lane and compare the case I have made above to pre-2007; when a marine resources minister was accused of embezzling government funds. All the government could do was to ask for his resignation and never charged.

We all do know of how an agriculture minister was convicted of embezzling donor funds and how the judge who fined the said minister Le. 500,000 was in turn convicted of having accepted bribes in trade for the light sentence.

And there was this case of a former transport minister (late) who had a bitter experience of how the government was clearly using the ACC as a political weapon than was seen, performing the valid rationale for which it was formed.

And what about the case, in 2001, of two independent Freetown newspapers- Democrat and For di People who had accused then justice minister of accepting bribes in exchange for the release of an Israeli and a Russian held in Sierra Leone, pending extradition to Colombia on drug charges?

Not only was action not taken, as a reprisal measure, the ACC begun investigating For di People editor Paul Kamara for tax evasion. The rest, I would say, is history!

Expectations remain, and would also be high. However, we should endeavor to be forthcoming in discussing the country’s progress.

Again, we indeed do however have a long way to go. And given this reality, the president’s development trajectory through the prosperity roadmap continues to provide the platform needed for growth. Our overall success calls for the collective involvement – be you a civil society activist, media practitioner or politician.

Partisan politics should be taken out of certain issues, especially if one is speaking from the front of civil society activism. To suggest that “APC chops billions of poor people’s money” is not only a political statement, but an untrue presentation of the facts given what this government has done in eight years in fighting graft. A long way we have come!

Tonkolili takes the lead on agricu...