Sierra Leone’s first-ever accountability forum that focuses on national and collective accountability for enforcing improved service delivery is currently underway in Freetown. The three-day forum dubbed the ‘2016 Accountability Conference’, which commenced today at the Miatta Conference Center, is organized by the Ministry of Finance and Economic Development with support from the World Bank.

Themed “Enforcing Accountability for Improved Service Delivery”, the conference brought together ministries, departments and agencies of government, local council leaders and paramount chiefs, parliamentarians, members of the diplomatic corps, development partners, civil society and the media to discuss issues around accountability, how they affect service delivery, and the way forward in promoting open governance in a bid to make Sierra Leone an accountable nation.

The conference was inaugurated by Vice President Victor Bockarie Foh who, in his keynote address, referred accountability and transparency, in the context of prudent financial management, as guiding principles of his government.

“We had a very critical challenge, namely, to ensure that as we fought to eradicate the Ebola virus, we maintained a globally acceptable financial management discipline,” said Mr. Foh. “We have worked through all of these challenges with our people behind us, and with the support of our partners, for which we remain eternally grateful.”

“We are aware of the difficulties posed by a weak or poor public financial management system in any country. This, among other things, does not only undermine every effort to deliver quality services, but also creates the avenue and incentive for corrupt practices, entrenches poverty and leads to the building of a weak and inefficient state,” noted the Vice President. “Through the Ministry of Finance, we’ll continue to give primary attention to, and ensure accountability and transparency in financial management in our state and non-state institutions.”

VP Foh said the President was committed to public financial management reform, and it was against this backdrop that he commended the Finance Ministry and the World Bank for organizing the forum, whose deliberations he hoped “will add value to our endeavor to move Sierra Leone to the next level of development”.

Speaking earlier, the World Bank Country Manager for Sierra Leone, Parminder Brar, said the conference was “a wonderful initiative” which provides a forum for discussing issues of corruption and service delivery. He said corruption happens not only with donor funds but even with government funds; a development he said affects ordinary citizens.

The Country Manager pointed out that the procurement situation in the country was getting worse. “Procurement accounts for 70 percent of government expenditure excluding salaries… We have a major issue on procurement and that is something that we need to deal with,” said Mr. Brar. “So I think the first issue is enforcing accountability, and the second…is that of sustainability. We can improve service delivery only if we properly benchmark service delivery. And I think instead of benchmarks done by CSOs or by the World Bank, one of the best benchmarks to look for is the World Economic Forum.”

He also observed that Sierra Leone has one of the highest spendings per capita. “In 2013, per capita spending in Sierra Leone was $103 per person. In 2014, it increased to close to $200 per capita spending. But I think what we see on the ground is that services are not really getting delivered,” he said. “And what we also see is that in Sierra Leone, you have one of the highest out-of-pocket expenditures for people seeking health services. So citizens really have to pay for their own medical services… That is why it is really important to have forums like this because these are things which affect ordinary citizens.”

Minister of State in the Ministry of Finance and Economic Development, Dr. Patrick Conteh, said the forum was a demonstration of government’s commitment to promoting a culture of accountability in the country. He said the forum provided an opportunity for knowledge sharing “gearing towards best accountability practices”, and “to forge synergies and provide panacea to accountability challenges”.

Moreover, the overall objective of the forum is providing a platform for the exchange of ideas regarding public financial management.

Topics covered in today’s session include ‘Accountability and its Impact on Development in Africa’, ‘Using Information for Better Service Delivery’, ‘Improving the Enforcement of Audit Recommendations: What Needs to be Done?’, ‘Revenue Generation and Customs Reforms – the Way Forward’, and ‘Developing and Enforcing More Effective Accountability Systems for Improved Service Delivery’ delivered by the World Bank Practice Manager, Governance Practice, George Addo Larbi. 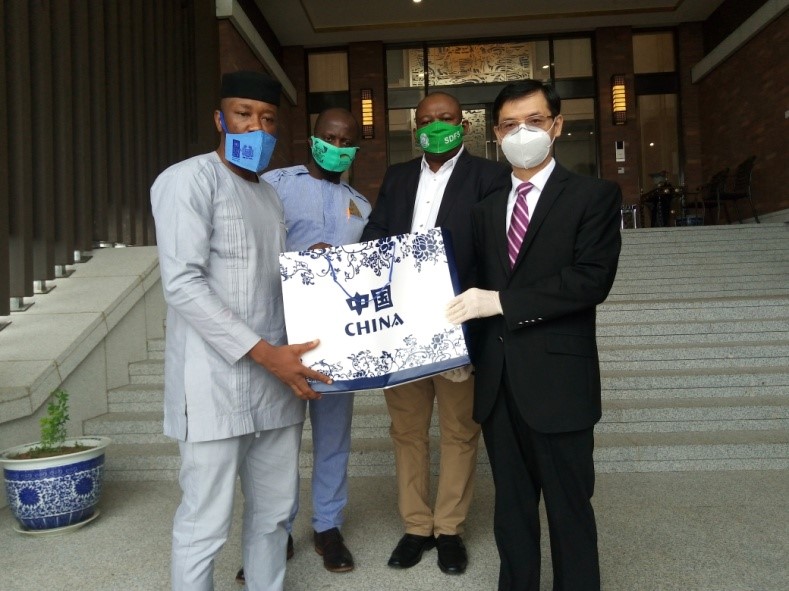