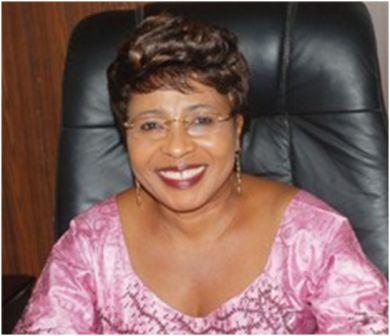 The National Revenuer Authority under the current leadership of the hardworking Commissioner General, Haja Kallah Kamara was established through an Act of Parliament, the NRA Act of 2002 with core mandate of assessing and collecting revenues on behalf of the government. It is also tasked with an addition responsibility, which is to facilitate trade, border control and management. Report states that this is why the revenue collection body modernized procedures and processes over the years in order to enhance effectiveness and efficiency in revenue collection.  (Photo: Haja Kallah Kamara, Committed to service)

Since the opening of the Gbalamuya Joint Border Post in 2012 and the establishment of the Automated System for Customs Data (ASYCUDA) in 2014, it has enabled customs officials of Guinea and Sierra Leone to operate under one roof and has significantly reduced the burden and time to transport goods.

Investigations conducted by the press states that the Gbalamuya Customs Post has contributed immensely over the years in raising trillions of Leones for the government.

Authorities at the Gbalamuya Customs Post informed this writer that the post which borders Guinea and Sierra Leone is a major trading hub for thousands of mainly female indigenous Sierra Leonean importers/exporters, and its importance should not be seen in merely statistical revenue terms, but of National Security importance.  Smuggling has become one of the major impediments to the day to day activities of the trading hub, thereby affecting some aspects of the general operations of the National Revenue Authority (NRA) at Gbalamuya.

As one of the country’s third revenue port, it is still grappling with enormous challenges to meet its revenue target monthly.

The Preventive Service and Special Duty (PSSD) of the National Revenue Authority (NRA) in their routine operations to clamp down on smugglers in that border part of the country has identified about sixty illegal cross points, which continues to record smuggling activities.

Reporting states that detractors bringing their goods from Guinea normally offload their goods at Pamalap to bypass customs, using one of the illegal routs to smuggle their goods to Sierra Leone.

Report commended that the PSSD staff stationed in Kambia for have enjoyed support from the people in combating smuggling.  ‘The Preventive and Special Services Duty Officers are always patrolling most of these illegal crossing points’, report states, adding that smuggling activity  is  often done by commercial bike riders and drivers’ who are mostly Sierra Leoneans. This unpatriotic attitude has been the greatest undermining factor to revenue mobilization in that part of the country.

NRA Authorities have revealed that the Authority has been responding to the problem of inefficient border control through major reforms that have not only removed unnecessary barriers to legitimate trade, but also tackling smuggling and tax evasion.

It can be recalled quite recently, the NRA emerged as the best Government Department for 2015 according to the Office of the Chief of Staff annual Performance Contract ranking for 2015. For the past two years the NRA has been ranked in the second position behind the Environment Protection Agency (EPA). Although this is the first time the NRA in first position, observers present at the event are of the view that government Departments and Agencies headed by women have done remarkably well. Under the Managerial Matrix, NRA exceeded its Le2.17 trillion target in revenue collection in 2015. It also put in place strong anti-graft systems that were highly acclaimed by the Anti-Corruption Commission in its perception survey report.

When violence becomes the last ref...