Towards sustainability of African Migration: 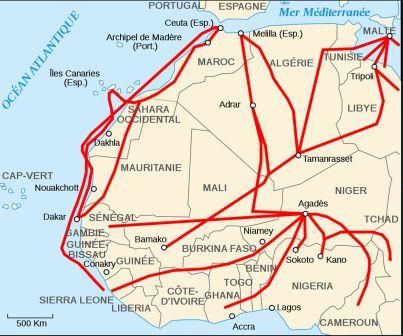 Towards sustainability of African Migration:

The dramatic influx of African migrants to Europe has sparked serious concerns thus prompting European countries to discuss and map out strategies to address the challenges and seek for a sustainable solution to the ongoing crisis.

Against this backdrop, the first Italy-Africa Ministerial Conference was recently held in Rome, Italy to strengthen ties between Europe and Africa. Key among the issues discussed included but not restricted to Economic, Socio-environmental Sustainability and Sustainability of the Migration phenomenon.

The conference which was organised by the Italian Ministry of Foreign Affairs and International Cooperation, in conjunction with the Institute for International Political Studies (ISPI), also looked at the issue of African “ownership” from the perspective of economic and environmental sustainability.

Foreign Ministers from at least 41 African countries, their Permanent Representatives to the United Nations in New York and top representatives from around 15 International and Regional Organisations of the UN System attended the conference.

Dr. Sesay’s contribution during a thematic panel discussion on the topic -“Sustainability of African Migration,” touched on criminalisation, securitisation and how to combat bigotry and its threats to migration.

He is of the view that the current migration crisis needs to be addressed outside narratives leading to extreme radicalised discourses of criminalisation and prejudices. He alluded that the migration phenomenon can be better understood if such discourses go beyond that and try to explore the root causes of the problem as it is not only caused by Africans in declining states like Libya and other countries in the middle east.

He therefore proposed a holistic approach aimed at not only building walls and barriers to control migration, but also a strong partnership between Africa and Europe in an effort to improve on key sectors for sustainable development. The State Minister singled out the health sector in Sierra Leone as a case in point.

Sierra Leone, he said, has more trained and qualified doctors in the Diaspora than at home, thus the limited capacity of medical personnel which seriously affected the country during the Ebola crisis.

The Minister further stressed on the need for the creation of full pathways for health professionals in Sierra Leone to ensure effective delivery of services. Other countries may also have priority needs like inequalities in development, employment opportunities and especially income and living conditions. These are all considerations that are of primary importance, leading to the migration of many Africans to Europe.

Discussions on African migration to Europe have been, in most cases, specifically focused on why the number of economic migrants has and still continues to swell up, making it difficult for EU countries to accept more arrivals.

Some of the reasons advanced during most debates are the extremism in Libya and the political and historical evolution of African societies. This is why the current migration crisis has been described as the worst in Europe since the Second World War. Therefore, the focus of the response should be a sustainable solution to the ongoing crisis hence the recent Italy-African Ministerial Conference in Rome.

Italian Presidnet, Giorgio Napolitano opened the plenary session of the conference, followed by speeches by his Minister of Foreign Affairs and International Cooperation, Paolo Gentiloni and the African Union Commissioner for Peace and Security, Smail Chergai amongst others.