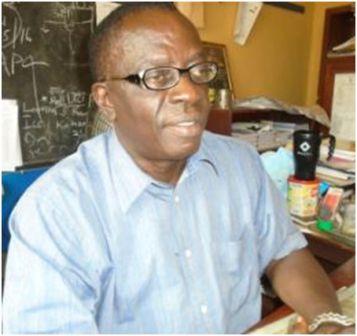 This was disclosed on Tuesday when this reporter was interviewing the principal on the overall performance of the students in public exams at his office in Port Loko.

According to C.S Kamara, most of the students in his school have developed the habit of playing and viewing pornographic materials while teachers are in front of them teaching, causing them to be distracted from the lessons being delivered by the teachers. He added that there are others who play music and concentrate on Facebook, what Sapp, among other social media, while the teachers are wasting their time to impart knowledge in them.

He said the social media is highly misused in his school as most of the students could no longer write letters to their parents for help but resorted to sending abbreviated messages on what Sapp and Facebook.

“I called the parents of those students to a meeting and I handed over the mobile phones to them. I categorically told them that it is not bad to buy mobile phones for their children but the children are misusing them. We had fruitful discussions and at the end of the meeting, they authorized me to punish any of their children who go against the ethics of the classroom,” he explained.

He said because of the monitoring mechanisms that they have adopted in the school, most of the students have been performing extremely well in public exams. He cited one Sorie Ibrahim Kanu who got ‘aggregate seven’ in eight subjects in the past Basic Education Certificate Examination (BECE) results.

“We have been making efforts to get good results because in schools like this which is situated in the provinces, it is very difficult to attract trained and qualified teachers. We are making good use of the few available ones as well as making the atmosphere very conducive for them to stay,” he said.

Asked about the problems that his school faces, C.S Kamara hastened to disclose that they have 13 teachers who are not on the government payroll. He noted that funds that should have been used to address other problems of the school are being used to pay stipend to those teachers.

Besides that, he added, we are having problem in acquiring sciences laboratory gadgets especially those of physics which are very expensive and difficult to come by.

“Our school is a center for students who are taking science practical within Port Loko town during the West Africa Senior Secondary School Certificate Examination (WASSCE).  If we have problems with our science equipment, it affects all the science students from other schools during the examinations,” he said.

Abdul Raman Koroma, the teacher in-charge of the Biology, Chemistry and Physics said the science laboratory in the school lacks modern gadgets. He added that there is an urgent desire to get them so as to enhance teaching and learning.

Asked why most students are afraid to offer science courses, he disclosed that most of them are being discouraged by their friends who threatened them of doing more mathematics than literature in the sciences.

“Also, science materials which are not seen when teaching discourage them. For instance, if I’m teaching about acid, spectrometers, thermometers, which are not available for the students to see, they will not be interested in the subject,” he said. He noted that electricity supply is also needed to teach some science subjects especially when teaching the practical aspects.