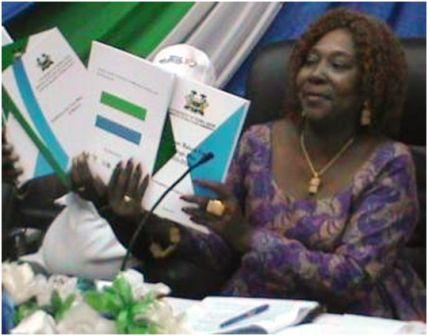 Delivering the keynote address on Monday April 25, 2016 during the World Malaria Day on the Theme: End Malaria for Good,” the Deputy Minister, Madam Zuliatu Cooper, April 25 is set aside to commemorate global efforts to control and eliminate Malaria.

Madam Cooper noted that Malaria is one of humanity’s worst diseases and it continues to threaten more than half of the World Population and presents an alarming threat to global development.

She disclosed that malaria has cost Sub-Saharan Africa US$ 300 million each year for case management, adding that this year’s theme, “End Malaria for Good,” reflects the mission of a malaria-free World set out in the “Action and investment to defeat malaria 2016-2020.  Eliminating malaria, she said, will make the World a better, safer place for future generations and enable millions of People reach their full potentials.

Madam Cooper told her audience that the Ministry of Health through the National Malaria Control Programme in collaboration with International and national partners has stepped up its commitment to scale up the proven and cost effective tools currently in existence to prevent, diagnose and treat malaria. She encouraged all pregnant women, lactating, mothers old as well as young to sleep under treated mosquito bed nets in order to eradicate the disease.

The Manager, the National Malaria Control Programme, Dr. Samuel Juana Smith in a power point presentation, reiterated that the management of treatment of malaria is free of cost for all age groups in all public health facilities and some private health facilities when confirmed by the use of Rapid Diagnostic Test or Microscopy by a health Worker.

He said Sierra Leone over the years, has achieved a remarkable success in malaria control initiatives, with prevalence rate dropping from 68% in 1978 to 43% in 2015. Adding that reported deaths due to malaria in children below five years in the communities, health facilities are decreasing.

The Chief Medical Officer and Chairman for the occasion,, Dr Brima Kargbo admonished the entire population to take malaria issue very seriously by cleaning the environment, sleep under mosquito nets and report any fever experience to the nearest health center or hospital.

The World Health Organization Representative, Anders Nordstrom said the World Malaria Day represents a chance for all of us to make a difference whether you are a government, a company and charitable organization of family or an individual to roll back malaria and help generate broad gains in multiple areas of health and human development.

Country Coordinating Mechanism Chairman Rev. Alimamy  Kargbo said in order to end malaria in the country transparency and accountability are the tools needed to use assiduously to eradicate malaria.  Mr. Kargbo disclosed that Global Fund has decided to increase their support to Sierra Leone by providing and added 32 Million Dollars for two years in order to eradicate malaria leprosy and T.B in the country.

“Malaria is no longer a main killer disease’’ he affirmed, adding that it is the responsibility of all of us in ensuring that malaria is eradicated in the country. 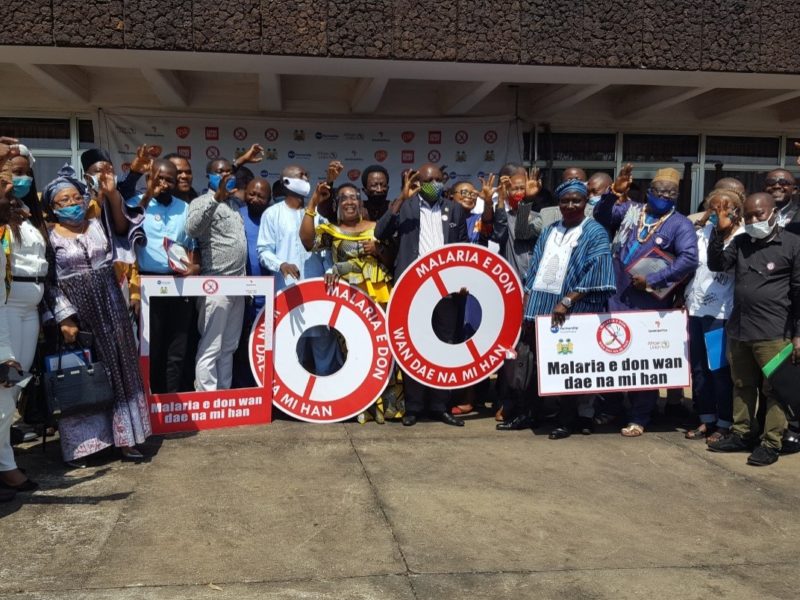