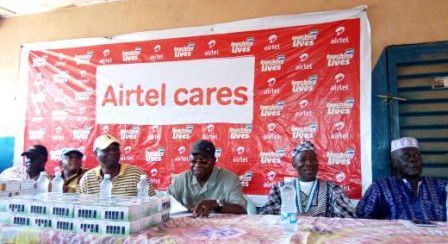 … Thanks to NATCOM Chairman Momoh Konte

One of the leading mobile phone operations in the country – Airtel Sierra Leone – at the weekend extended its network coverage to Mongor and Falaba-Sulima chiefdoms in the Koinadugu District.

This latest development in the district comes after the Chairman of the Board of National Telecommunications Commission (NATCOM), Mr. Momoh Konte, urged Airtel Sierra Leone to extend its network coverage to others potential areas across the country.

Mongor Chiefdom, which is the second largest chiefdom in Koinadugu District, got the Airtel network coverage last Saturday, while Falaba-Sulima Chiefdom went Airtel the following Sunday.

Reacting to the development in his chiefdom, Paramount Chief Sheriff Manga Salifu III, showered praises on Chairman Momoh Konte for linking them to the rest of the world through Airtel Sierra Leone.

According to the Paramount Chief, they have been yearning for network coverage from the regime of the late former President Alhaji Ahmad Tejan Kabbah but it never came to fruition.

He explained the traditional communication they were using whenever they wanted to summon a chiefdom meeting. “When we want to summon a chiefdom meeting the next day, our youths would set up a huge fire at night and the smoke that goes right up the sky would be seen by people in different towns and villages. That smoke would be an authoritative reminder for a meeting the other day,” PC Sheriff Manga explained.

He expressed thanks and appreciation to Mr. Momoh Konte for his demonstration of good leadership from the war years to now.

PC Sheriff Manga recalled how Mr. Momoh Konte was very helpful to his people in Koinadugu District during the civil conflict, his contributions to education in particular and development in general, and the pivotal role he played in the district during the outbreak of the deadly Ebola Virus Disease (EVD) in the country.

The District Medical Officer (DMO) in Koinadugu also commended the NATCOM Board Chairman for enhancing communication in the two chiefdoms, adding that prior to the extension of network coverage, they were only limited to going to the police station to use their satellite phone if their batteries were charged.

He praised President Dr. Ernest Bai Koroma for the improvement of telecommunications service in the country under his administration, adding that the President made no mistake by appointing Mr. Momoh Konte to help promote that sector.

In his statement, the Airtel Acting Marketing Manager, Mr. Mohamed Kuyateh, expressed excitement over the extension of their network coverage to two other chiefdoms in the district.

He assured that Airtel cares for the people of Sierra Leone and their objective is to bring them together through their high quality services, adding that Airtel is not only interested in making money but also creates job opportunities  and lives up to their corporate social responsibility.

Mr. Kuyateh described Airtel Sierra Leone as the best network in the country and appealed to potential subscribers to be part of the Airtel family and become ‘Bomba!

In his keynote address, Chairman Momoh Konte thanked the people for putting pressure on Government to ensure that the Airtel network coverage was extended to the two chiefdoms.

He also acknowledged the praises they showered on him and President Koroma for taking development programmes to the district as promised.

Chairman Momoh Konte however admonished the youths to take responsibility of the machines the mobile company has installed for the extension of coverage by constant monitoring to ensure nothing happened to them. 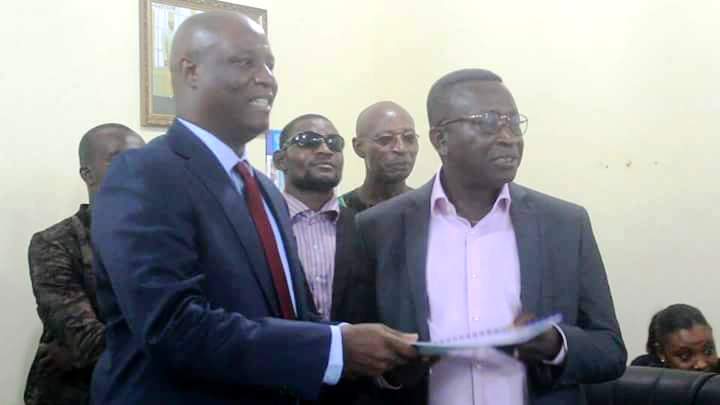