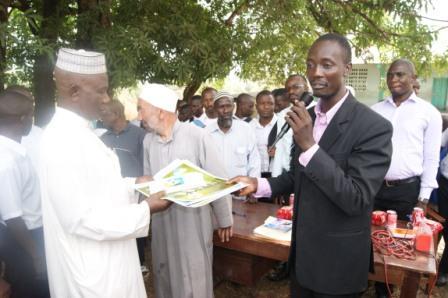 Islamic scholars who are currently undergoing training to become sheiks, imams or Muslim clergies have on Wednesday 24th February 2016, hailed the Anti-Corruption Commission for including every facet of society in the anti-graft fight, and for their intensive public educational drive to reach out to rural communities.  All this happened during a customized meeting held by ACC Northern Regional Office, with both students and lecturers of the Arabic Islamic College at Magburaka.

Welcoming the guest from ACC, Sheik Mucktar Kabba thanked the Commission for considering the college for such an engagement; and at the same time quoted one of the sayings of the prophet “Whoever is a rogue is not one of us”.  Sheik Mucktar Kabba reinforced the fact that implicitly, a genuine Muslim should never be a rogue.

Speaking on the Islamic perspective of corruption, Public Education Officer, Abdulai Saccoh said the anti-corruption messages are similar to the Islamic teachings of  prophet Mohammed; which were clearly against unscrupulous gains, dishonest scales or measurements, and the giving or receiving of bribes. Making reference to Surah Al- Mutaffifin, chapter 83, Mr. Saccoh said the Holy Quran is strongly against dishonest gains; and that when the almighty God wants to bless someone it does not happened by fraudulent means.

Presenting on “The Role of Islamic Clergy in the fight against Corruption”, Senior Public Education Officer David Kanekey Conteh said the fight against corruption starts with you as an individual. Being an Islamic clergy, one you should be determined to resist the temptations of corruption, and run their institutions or mosques in a most transparent and accountable manner. Mr. Conteh noted that ACC is more interested in converts rather than convicts, which is similar to the values of the Islamic faith. He went further to inform his audience that the Commission gives more prominence in preventing the occurrence of corruption through public education. Creating awareness among the public is an effective tool to deter people from engaging in corrupt practices. He added that the Commission lays greater emphasis on strengthening public awareness of the ills of corruption and solicits the public’s cooperation and collaboration in the fight. When someone is educated about corruption, he or she is in a better position to fight against it.

Mr. Conteh further said each Islamic clergy has his own constituency which is referred to as the Muslim jamaat. Given that the influence of the sheik or imam is very strong on his membership, Mr. Conteh therefore implored the Islamic scholars to include anti-corruption messages in their usual sermons or Kutuba; for majority of the public officers working in government offices are either Muslims of Christians. The Senior Public Education Officer added that, if members are sincere and willing to follow the dictates of their faith, corruption will forever become a thing of the past.

Explaining the offences under part four of the 2008 Anti-Corruption Act, Investigations Officer, Sulaiman Bockarie Sowa asked participants to become ACC’s emissary. But before doing that, they should be familiar with what constitutes corruption, as contained in the 2008 AC act. Mr. Sowa encouraged the Islamic scholars to be fearless in speaking against corruption, as the Commission is always ready to receive and act on their reports.

The questions and answers session formed the high point of the meeting. 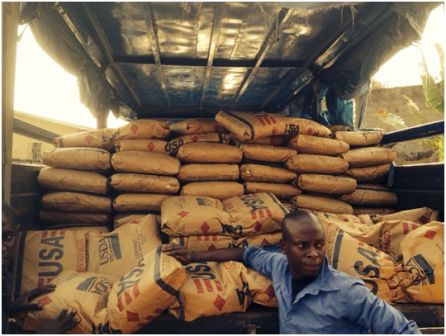