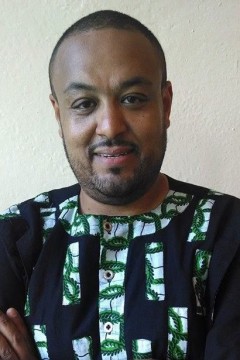 Unless the Department of Homeland Security (DHS) authorizes an extension, thousands of people from these three Ebola affected countries face deportation.

The African community in the United States has coalesced to rally for a TPS extension when the aforementioned countries TPS authorization expires in May 2016.

Speaking recently on African New Dawn Radio show that broadcasts over at Rutgers University WRSU, 88.7 in New Jersey, Attorney Amaha  Kassa, Esq. an Ethiopian immigrant, founder and Executive Director of African Communities Together (ACT), a civil rights advocacy organization for African immigrants in America said back in 2014 President Barack Obama and the United States “recognized that the West African countries affected by the Ebola epidemic “were suffering in a crisis.  Guinea, Liberia and Sierra Leone were contending with thousands of cases of Ebola virus and were having a devastating impact on health and the economy and just the general well being of those countries.”

Attorney Kassa said the US government deemed it wasn’t safe for people from these affected countries who are here in the US now including people who might be in the US without papers without legal authorization to return to those countries and so they passed what’s called temporary protected status.

According to the United States Citizenship and Immigration Services (USCIS) website, The Secretary of Homeland Security may designate a foreign country for TPS due to conditions in the country that temporarily prevent the country’s nationals from returning safely, or in certain circumstances, where the country is unable to handle the return of its nationals adequately.  USCIS may grant TPS to eligible nationals of certain countries (or parts of countries), who are already in the United States.

Attorney Kassa said TPS grants two major benefits for people who are here in the country without authorization.  One is that it provides them with working papers enabling people to work to support themselves, support their families and in many cases to send money home to their home countries which are suffering under the epidemic.

The second benefit allows people to remain in the country without risk or threat of deportation.

But when TPS expired so do people work authorization.   Attorney Kassa added African Communities Together has helped dozens of people apply for Temporary Protected Status and for work authorization.  He said “his organization has seen people go from working off-the-books and having to take lower pay, worse working conditions because they weren’t legally authorize to work – to coming out of the shadows and getting work on the books – and start to improve their lives and able to support themselves and also to send money home to their home countries, but that that will evaporate that will go away when people’s work authorization expires.”

Ambassador Bokari Kortu Stevens (in photo), Sierra Leone Ambassador to the United States of America said his embassy in Washington DC is supportive of the campaign to reauthorize TPS for Sierra Leoneans, Guineans and Liberians.

“The threat of the Ebola as recent examples in the Northern Province have shown has not subsided and the government and country are still engaged in an ongoing battle. Over-arching vigilance and none complacency is still required to keep the pandemic at bay. Lifting the TPS corridor sends the wrong message that Ebola is over. It is still real, Ambassador Stevens said in a statement.

“Representing my government in the U.S.A., I am working with the Sierra Leonean community to continue with their contribution in materials, medicines and cash in helping the anti Ebola battle. In addition the Embassy together with community heads is using official and diplomatic channels to put the case for Re-authorization to the United States authorities,” Ambassador Stevens said.

The campaign has petitioned the Obama Administration to authorize the Department of Homeland Security to renew TPS for Sierra Leone, Guinea and Liberia, respectively.

The campaign needed 100,000 signatures by March 26, 2016 to reach its goal to convince the White House to reauthorize the program.