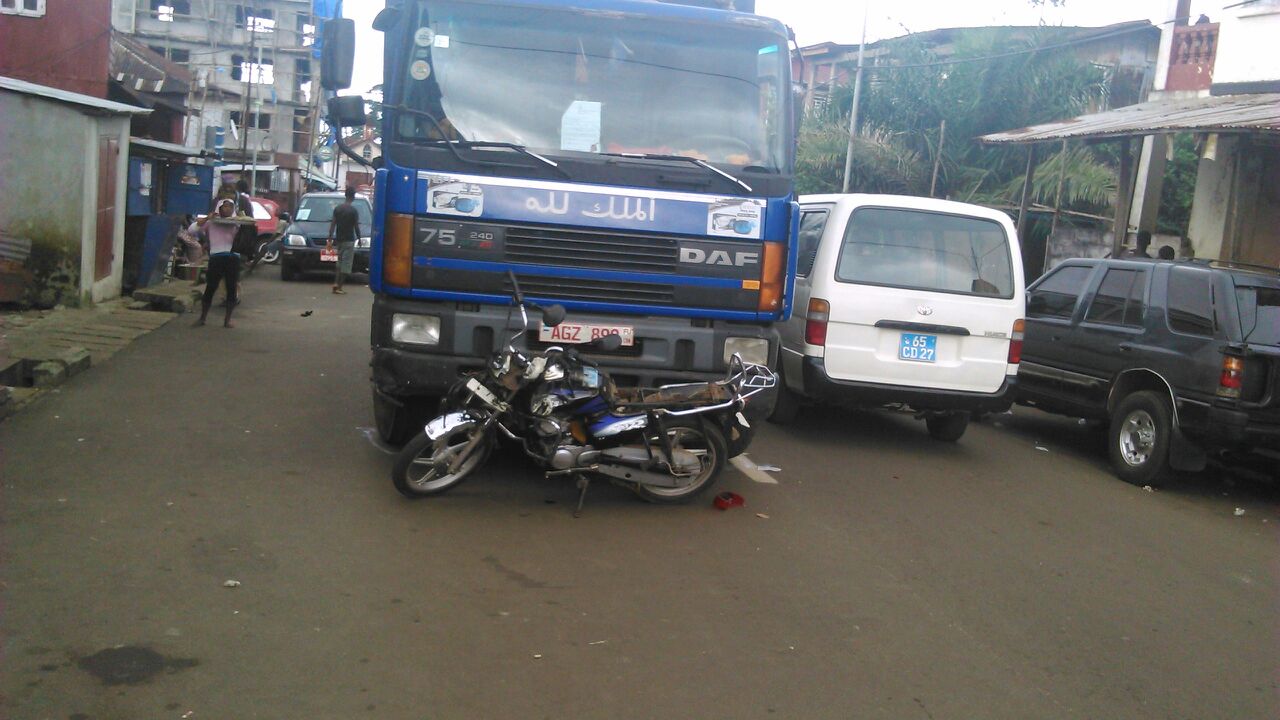 The Majority Leader in Parliament, Hon. Ibrahim Rasin Bundu has disclosed that this year alone, the country has recorded 349 accidents, resulting to 169 deaths.

According to Hon. Ibrahim R. Bundu, who is also Kailahun is the only district that has not yet recorded any accident, while the thirteen others have all registered accidents.

The lawmaker made the disclosure last Thursday when the Minister of State, Ministry of Finance and Economic Development (MoFED), Mr. Foday Mansaray, laid the Insurance Act, 2015 in the well of Parliament for amendment.

Hon. Bundu emphasized that insurance is very serious business the world over, noting that lot of education is needed on insurance business and its benefits.

He suggested that with serious insurance companies, reckless driving and accidents will be minimized.

Hon. Patrick Lahai Kargbo in his contribution said the Insurance Act, 2015 has long been overdue as it is not in conformity with sister countries in the sub-region.

The lawmaker said the revised Act will serve as confidence-building measure since the public often cries over payment of compensations by insurance companies.

He observed that lack of education on the insurance industry is a major problem in the country, while he invoked Standing Order 51 to commit the Insurance Act 2015 to the Parliamentary Legistrative Committee for further deliberations.

Another Member of Parliament, Hon Komba Buya, noted in his contribution that insurance is not a cheap business as lives are as very important as properties, hence the need to take it seriously.

He pointed that the revised Act will cover institutions like colleges, hospitals, houses, fire and other essential facilities, noting that insurance companies should work with other institutions to make the business more profitable.

He recalled the frequency with which fire had engulfed Government buildings but could not state whether or not those buildings were insured.

Hon. I. B. Kargbo stressed that it is about time Parliament started addressing the issue since insurance is a vehicle for national development.

Hon. Helen Kuyembeh observed that necessary adjustments were needed to be made to the Insurance Act, 2015, noting that insurance companies should be also interested in paying compensations instead of only amassing profits.

Hon. Hassan Sheriff in his contribution said the main aim of the new Insurance Act should be about increasing public confidence.

In another development, Chairman of Public Accounts Committee (PAC), Hon. Chernor R.M. Bah, laid before Parliament Audit Service Sierra Leone’s report on the Audit of the Management of Ebola Funds by the National Ebola Respond Centre (NERC) from November 2014 to April 2015.

For Gov’t’s new system of payment,...